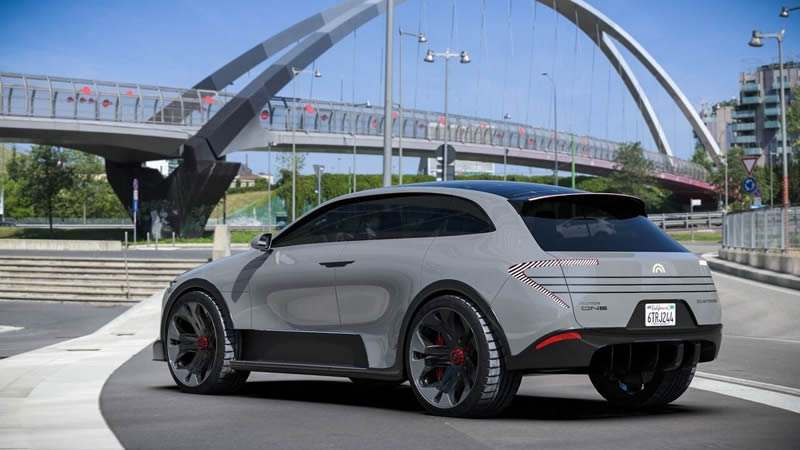 Another Californian EV startup has unveiled an electric concept SUV – but this time, it’s built to do between 10-60 miles (16-96 km) per day on pure sunlight. The Humble One will rock more than 80 square feet of solar panels to self-charge even when unplugged. This thing really looks like more of a crossover, or even an oversized hot hatch, than an SUV – just a tad longer than a Corolla, it has only four seats, and no pretensions toward serious off-roading. It won’t need to go bush-bashing to show you a good time, though; horsepower maxes out at 1,020 ponies, which is more than enough to sizzle most drivers’ sausages just fine.

The interesting bit here is the roof, with its “80 square feet of highly efficient and patent-pending solar cells on the roof, sidelites, passenger doors, and fold-out ‘wings’.” The roof itself looks like about 6 x 8 ft or so, making a generous guess, and that would give you about half of 80 sq ft, so yeah, this car is going to look vastly different and take up a fair bit of space when it’s parked with all its panels out. But therein lies the reason why mainstream EVs don’t bother with solar; if you need that much area just to capture an outside maximum of 60 miles’ worth of range per day, it’s going to be a challenge to mount those panels in a way that’s attractive, secure, convenient and sturdy.

It’s a neat looking machine in these renders, and Humble Motors says it’s already sold more than US$20 million worth at a price of US$109,000 excluding taxes and options. The company says it’s planning to hit production at the start of 2024. Meanwhile, you can check the best luxury SUVs.