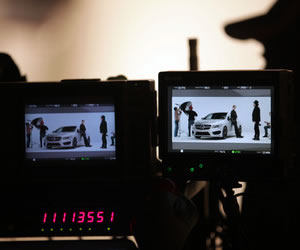 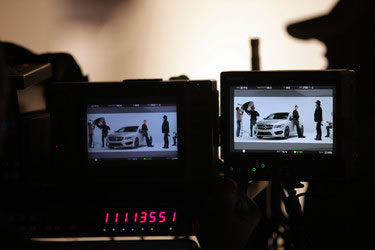 MONTVALE, NJ – While the official public debut of the much-anticipated Mercedes-Benz CLA four-door coupe is still nearly two months away, the vehicle has been spotted at red carpet premiers, racing alongside Formula One cars, and doing the club scene.  The CLA, a seductive and dynamic new coupe which will create a new entry point for the Mercedes-Benz brand, is the centerpiece of a new 60-second ad that will debut in the fourth quarter of the year’s biggest night in television advertising: Super Bowl XLVII.

The ad, which was created by Merkley+Partners (NYC), is a tongue-in-cheek depiction of how far a person might go to get their heart’s desire and what shape the good life” might take.  Filmed in part on location in New Orleans, MBUSA went full throttle with star power including Kate Upton and Usher playing themselves.  But the commercial is more than just glitz, glamour and the unveiling of the CLA. It’s another example of the company’s ties to the city.

Long before purchasing the naming rights for the Mercedes-Benz Superdome, which will be the site of this year’s game, the company had been a supporter of the community. In October 2010, 180 employees from across the country spent more than three hours planting 125 trees to help restore some of what was lost to Hurricane Katrina.  This year, as part of their $1.3 million national-commitment to Laureus USA, MBUSA joined with Laureus and Coaches Across America in New Orleans to train and place 26 coaches in 11 local after-school sports programs with a goal of providing safe after school activities for area youth.

In addition to setting its ad in New Orleans, MBUSA will have a series of onsite activations in the city on the day of the game.  In the weeks ahead, the company will roll out a robust social media campaign, complementing the ad while building awareness and engagement prior to the arrival of the CLA in the Fall. The company expects the CLA to bring in new buyers with an unexpected price point for the brand and a highly stylized, sporty design. Among its notable features is a dynamic on-board connectivity package allowing access to popular social media sites.

The CLA will make brief appearances at select events over the next few weeks leading up to its official world premiere at the Geneva Auto Show in March 2013. About Mercedes-Benz USA Mercedes-Benz USA (MBUSA), headquartered in Montvale, New Jersey, is responsible for the distribution, marketing and customer service for all Mercedes-Benzproducts in the United States.  MBUSA offers drivers the most diverse line-up in the luxury segment with 14 model lines ranging from the sporty C-Class to the flagship S-Class sedans and the SLS AMG supercar.

MBUSA is also responsible for the distribution, marketing and customer service of Mercedes-Benz Sprinter Vans and smart in the US. More information on MBUSA and its products can be found at www.mbusa.com, www.mbsprinterusa.com and www.smartusa.com.

Deadmau5’s Nyan Cat car is an eyesore for Ferrari