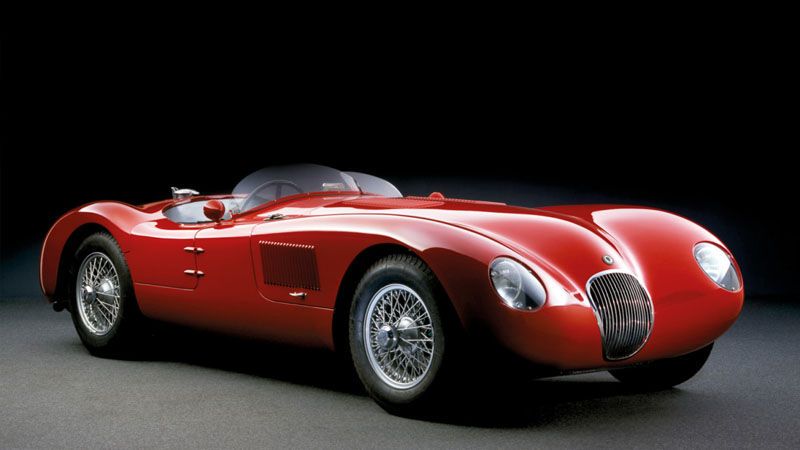 This “lost” 1952 C-Type has the jaw-dropping lines Jaguar fans love, along with the most interesting provenance of any classic car that’s cropped up recently. And you can buy it now from UK-based historic vehicle dealer Pendline.

First, a little about the model. The C-Type was built as a race-spec “Competition” version of the XK120 sports car, hence the official XK120-C designation. Both variants ran a 3.4-liter twin-cam straight-six, but the C-Type’s bolstered engine was tuned to produce 205 horsepower. Other racy upgrades included disc brakes, a lightweight frame and an aluminum, “barchetta”-style roofless body.

The C-Type had already received national attention upon winning the first of its two 24 Hours of Le Mans titles by the time this example, chassis XKC 023, entered a Seattle dealership showroom in 1952. Here, the engine was fitted with a constant flow fuel injection system, a new cylinder head, and larger valves. The dealership owner’s favourite customers, one of whom was a scriptwriter for Bob Hope, were allowed to test drive and race the C-Type. Someone apparently crashed, because the next owner, a race mechanic, installed a new fibreglass body in 1957.

The C-Type was a eventually acquired by a man named Frank Schierenbeck in 1962, which is when things get interesting. Known as Mr. Jaguar for his love of the brand, Schierenbeck drove and raced the Jag occasionally until 1974, when he stashed it away in his mother’s garage while undergoing a messy divorce.

Pendline reports that Schierenbeck didn’t want anyone to know he owned such a valuable asset, so the C-Type remained hidden until 1997, at which point his ex-wife had remarried Schierenbeck then sold the car to an expert restorer, who brought it back to its original factory condition. Following an 800-mile test drive, chassis XKC 023 was awarded an FIA Heritage Certificate.

Anyone interested in this 1952 Jaguar C-Type will have to reach out to Pendline for more info and pricing details. Fair warning: Hagerty values the the rare retro ride at $3 million.