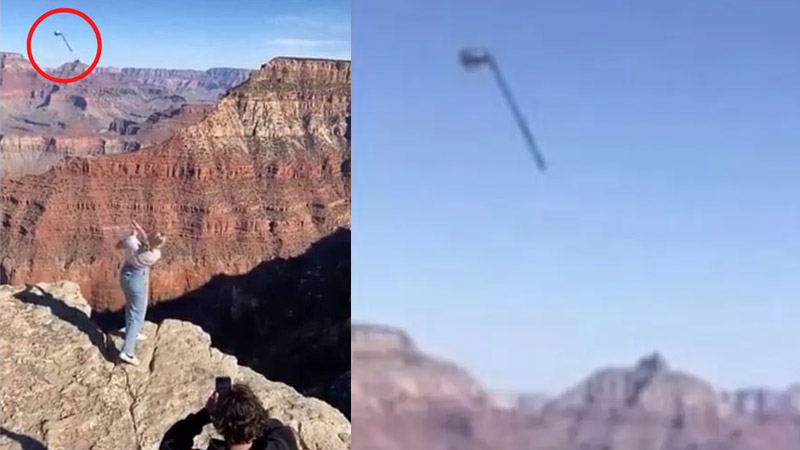 A TikTok star is facing criminal charges after filming herself hitting a golf ball and “throwing” her club into the Grand Canyon.

The golfer, who has nearly 7 million Instagram followers, sparked outrage after posting a video of herself playing golf in the canyon.

Authorities said in a Facebook post that she whacked a golf ball and then threw her golf club into the canyon near Mather Point after hitting the ball.

The original video was posted on TikTok on October 26 but has since been removed. The video, which was shared on Reddit, showed a golf club snapping in half and flying into the Grand Canyon.

Commenters were outraged, demanding that the woman be fined and banned for her “selfish behavior,” while others demanded that she “go straight to jail.”

The National Parks Service was able to locate the account and the person responsible for the stunt by working with members of the public.

“Do we really need to say, ‘don’t hit golf balls into the Grand Canyon?’” the national park asked on Facebook on October 27.

The TikTok was not identified by the National Park Service, but the original video was shared on its Reddit page, where she is identified as Katie Sigmond.

According to the service, Katie was identified and contacted a day after she posted her video to the short-form app.

“Throwing objects over the rim of the canyon is not only illegal but can also endanger hikers and wildlife who may be below,” the park added.