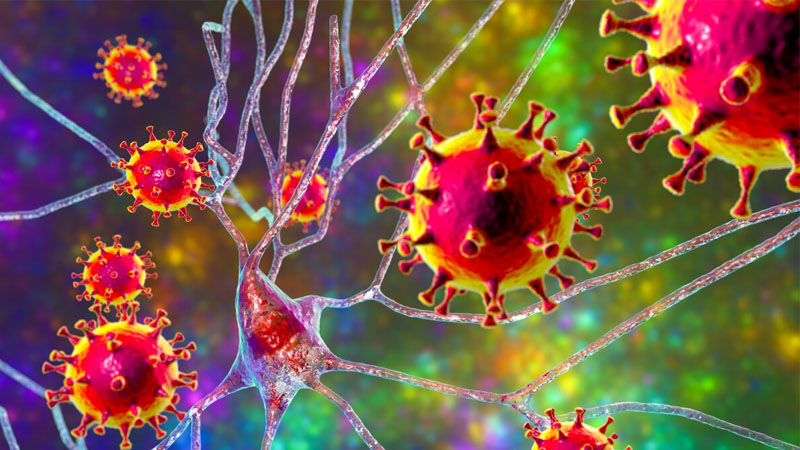 By examining scans from hundreds of people taken before and after viral infection, a groundbreaking imaging study has provided a unique look into the consequences of moderate COVID-19 on the brain. COVID-19 has a “significant” and “deleterious” effect on the brain, according to the research, although experts advise caution because it is yet uncertain whether these brain changes lead to long-term cognitive problems.

The neurological effects of COVID-19 are well-known, ranging from brain fog and fatigue to taste and smell disturbances. What is less clear is the direct effect of a SARS-CoV-2 infection on brain tissue, especially in the case of a mild infection.

Most published studies on the effects of SARS-CoV-2 on the brain have used tissue from deceased patients, while some have looked at brain imaging from severe COVID-19 hospitalized cases. However, there have been no studies that show brain imaging before and after COVID-19.

According to reports, the new study, which was published in the journal Nature, looked at a unique dataset from an ongoing project in the United Kingdom that tracked the health of half a million people. The researchers looked at data from 401 people who had brain imaging done before and after a positive COVID-19 event. On average, 141 days following the original COVID-19 diagnosis, each subject had a second brain scan.

A control group of 384 participants was compared to the cohort. Forage, sex, ethnicity, and time between scans, each control subject was matched to a member of a COVID cohort.

“Our longitudinal analyses revealed a significant, deleterious impact associated with SARS-CoV-2,” the researchers wrote in the new study. “This impact could be seen mainly in the limbic and olfactory cortical system, for instance with a change in diffusion measures – that are proxies for tissue damage – in regions, functionally connection with the piriform cortex, olfactory tubercle, and anterior olfactory nucleus, as well as a more pronounced reduction of grey matter thickness and contrast in the SARS-CoV-2 infected participants in the left parahippocampal gyrus and lateral orbitofrontal cortex.”

The research has been referred to as “one of the most important studies of the pandemic”, however, the findings do raise a whole host of new questions. Are these brain changes permanent? And do they correlate with specific lasting behavioral or cognitive changes?

Alan Carson, a University of Edinburgh scholar, is concerned that these new findings are being misinterpreted. According to Carson, since the majority of the brain changes identified in the study appear to be tied to olfactory regions of the brain, they are most likely a simple neural response to the viral infection’s loss of smell. To put it another way, the brain’s plasticity may be reacting to the virus’s impact on nose cells.

“The size and magnitude of brain changes found are very modest and such changes can be caused by a simple change in mental experience,” noted Carson. “What this study almost certainly shows is the impact, in terms of neural changes, of being disconnected from one’s sense of smell. It serves to highlight that the brain connects to the body in a bidirectional relationship that is both structurally and functionally dynamic.”

Carson’s concern echoes one of the biggest unanswered questions at the moment – what is the underlying cause of these brain changes?

Some studies believe that the SARS-CoV-2 infection’s long-term and widespread systemic consequences are attributable to persisting autoimmune activity following the acute infection. When a virus hits, our immune system goes into overdrive, causing inflammation to spread throughout the body, causing harm to other organs.

Another hypothesis proposes that the virus can enter the brain directly and cause harm to brain cells. This is a valid idea, according to James St John, an expert in olfactory and spinal cord regeneration, which could lead to COVID-19 speeding up the progression of neurodegenerative diseases like Alzheimer’s.

“Numerous pathogens are now known to be able to enter the brain using the olfactory nerve within the nasal cavity, and they can contribute to a range of neurological and neurodegenerative conditions including stroke and Alzheimer’s disease,” St John said. “It is still not certain whether SARS-CoV-2 virus can enter the brain, but at a minimum, it certainly can destroy the nerve cells responsible for the sense of smell which may then set off a cascade of events that lead to pathologies further in the brain.”

These viral-induced brain changes could either initiate or exacerbate age-related dementia, according to the researchers behind this new imaging study. Although memory degradation was not observed in the mild COVID-19 cases studied, the researchers did notice a worsening of executive function, which was described by a general slowing of cognitive response.

“The overlapping olfactory- and memory-related functions of the regions shown to alter significantly over time in SARS-CoV-2, including the parahippocampal gyrus/perirhinal cortex, entorhinal cortex, and hippocampus, in particular, raise the possibility that longer-term consequences of SARS-CoV-2 infection might in time contribute to Alzheimer’s disease or other forms of dementia,” the researchers wrote in the study.

The researchers collected similar before-and-after brain imaging data from participants who contracted pneumonia and influenza to confirm that these brain changes weren’t just a result of general illness or viral infection. When compared to those two circumstances, the brain modifications following mild COVID-19 were determined to be unique and far more significant.

It’s worth noting that the patients investigated spanned a time when variants like Delta or Omicron were prominent. As a result, it’s unknown whether newer SARS-CoV-2 types cause these changes in the brain. It’s also unknown how vaccination affects these changes in the brain. Is it true that a mild COVID-19 case in a vaccinated person causes the same brain changes as a minor case in an unvaccinated person?

The new study is novel, according to Sarah Hellewell, a Curtin University researcher, and the findings are “remarkable.” Although the new research provides good evidence that mild COVID-19 infection can cause brain changes, Hellewell says this should not be a cause for concern among persons who have had infections.

“The brain changes observed were relatively small and on a group level, so not everyone had the same effects,” Hellewell added. “More research is needed to know whether these changes remain, reverse or get worse over time and whether there are treatments which could help.”

Grow your Garden with Love and Care