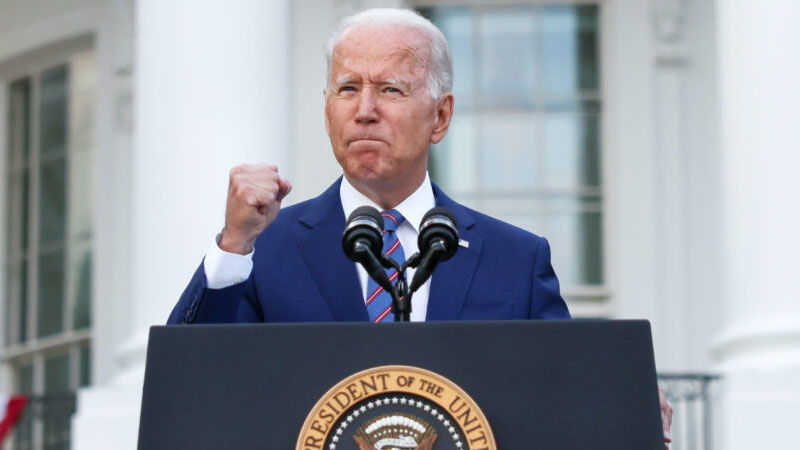 President Biden announced a plan on Wednesday to forgive thousands of dollars in student loan debt for borrowers, with the goal of helping more than 40 million Americans who owe a total of $1.7 trillion in debt.

Student debt has risen dramatically in recent years as higher education costs have outpaced inflation. And loan programs haven’t kept up, with the Biden administration pointing out that Pell Grants once covered nearly 80% of the cost of a public four-year college, but now only cover one-third.

“The administration’s actions will help ensure that pursuing a degree isn’t a one-way ticket into poverty,” Century Foundation president Mark Zuckerman and director of higher education Robert Shireman said in an emailed statement.

Here’s everything you need to know about the new government loan forgiveness program, including how to see if you qualify.

How much is being forgiven?

The Biden administration has announced that it will cancel up to $20,000 in Pell Grants for low-income undergraduate students with exceptional financial needs.

Borrowers who did not receive Pell Grants will be forgiven up to $10,000, according to the administration.

How do I know if I qualify for forgiveness?

The main criterion for eligibility is a person’s income, as the Biden administration has stated that debt forgiveness will be limited to people earning less than $125,000. Married couples earning up to $250,000 per year are eligible for the program.

According to the White House, the income cap means that “no high-income individual or high-income household — in the top 5% of incomes — will benefit from this action.”

What is a Pell Grant?

According to a Congressional Research Service report, Pell Grants are a need-based aid program that awarded $27 billion to 6.3 million undergraduate students in 2020.

According to the report, approximately 95% of Pell Grant recipients came from families earning less than $60,000 in the 2017-18 academic year. Because the awards are grants, they do not have to be repaid unless those conditions are met, such as a student dropping out of college.

Can I apply for student loan forgiveness now?

No, not yet. The Department of Education is going to develop “a simple application process for borrowers to claim relief,” according to the White House.

It may not be ready until the end of 2022, however. The Biden administration intends to have the application ready by January 1, 2023, when federal student loan repayments, which have been frozen since the pandemic started in 2020, are set to revive.

Will I have to pay taxes on the loan relief?

No, because the loan forgiveness won’t be treated as taxable income, according to the White House.

Are parents with Parent PLUS loans eligible?

Yes, according to White House officials. That could provide relief to millions of parents who took out loans to help their kids afford college, experts note.

“These 3.7 million families whose parents owe upward of $104 billion through Parent PLUS loans are the ‘hidden casualties’ of the student loan crisis,” according to a statement from The Century Foundation president Mark Zuckerman and director of higher education Robert Shireman.

Are current students with loans able to apply for forgiveness?

Yes. Students who are dependents will use their parents’ income to determine whether they are eligible for debt forgiveness.

Prince Harry, Meghan Markle rescue beagle mama: ‘She knew it was her people