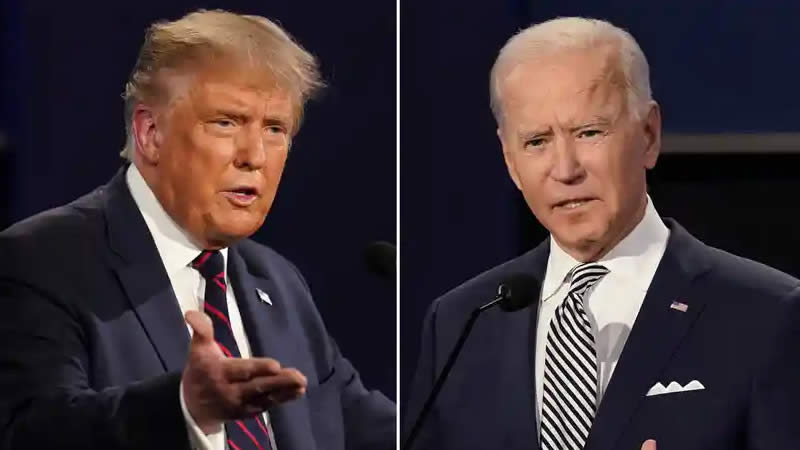 The stories about Donald Trump are combined once more into a sky-filling fireworks display, making even President Biden’s accusatory speech seem like a faraway galaxy.

It brings to mind his tumultuous four years as president: As Trump weighed in, everything from NFL protests to the Academy Awards took on a coffee-colored tint, igniting a media establishment that lived on the chaos with breathless coverage.

According to Fox News, nobody anticipated that Biden, who has mostly retrieved from his mild COVID-19 symptoms, would be making national headlines, but his forcefully delivered videotaped speech criticizing Trump for having “lacked the courage” to act on January 6 was notable because he typically dismisses questions about his predecessor with a one-liner.

Trump is back, and with him, they hope, is a brief return to the days when their Nielsens fell, especially for the left-leaning outlets that increased their ratings.

The most important advancement is that Marc Short, Mike Pence’s former chief of staff, acknowledged to ABC that he and another key Pence aide both testified before a federal grand jury after being served with subpoenas.

“If the mob had gotten closer to the vice president, I do think there would have been a massacre in the Capitol that day,” Short said.

This is a significant indication that the probe is focusing on the main people because figuring out what Merrick Garland’s Justice Department is doing is a huge concern in the Beltway. If you weren’t looking into Trump’s attempt to provoke Pence into not certifying the Electoral College results and the tweet that attacked him while the vice president and his Secret Service detail were hiding, you wouldn’t want to talk to Pence’s deputies.

Nevertheless, despite the intense hopes of Trump’s opponents in the media and politics, I must issue a warning that the investigation may not result in charges against Trump since the investigators may not gather enough evidence to result in a conviction.

Another piece of the puzzle: The House panel, having shown the outtakes of Trump’s Jan. 7 speech in which he says he doesn’t want to say the election was stolen, released a video Monday of Ivanka Trump identifying her father’s handwriting as having crossed out similar lines from a written draft.

Meanwhile, Trump is picking a fight with Fox News. He accused “Fox & Friends” of supposedly “botching” his poll numbers, which he complained was “no doubt on purpose,” and said the show has “gone to the dark side.”

In actuality, the morning show where Trump used to be a regular guest accurately reported that Trump received 79% of the vote in a straw poll at a Turning Points USA convention, but it also clearly stated that such a survey only reflects a small portion of Republican voters.

After removing any doubt that he is running, the 45th president has also engaged in a guessing game with the media regarding when he will announce his candidacy. (He frequently slams the media and the other way around, yet in the past, bad press has actually aided him by energizing his base.)

Trump returned to Washington yesterday for the first time since leaving the White House, telling the America First Agenda conference that “there is no law and order” and complaining about a “cesspool of crime.” He took aides’ advice by largely staying away from his stolen-election rhetoric, but he did say he won in 2016 and again in 2020 – signaling his message to his loyalists.