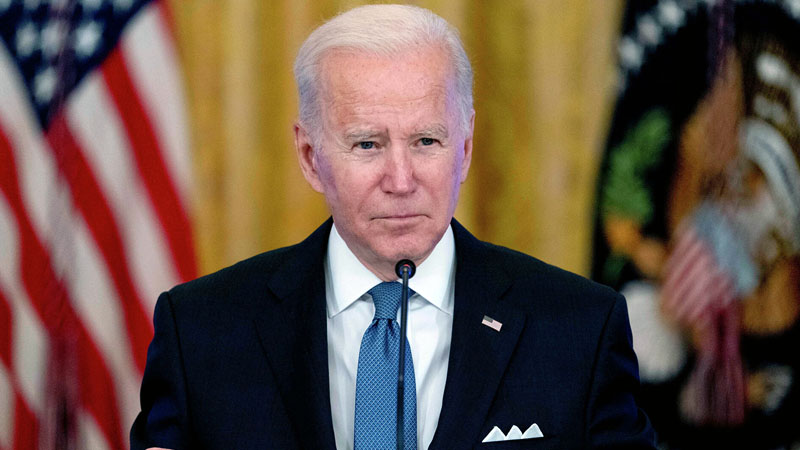 On Thursday, the US Department of State released a ‘Level 4: Do Not Travel’ advisory warning Americans against venturing to Ukraine “due to the increased threats of Russian military action and COVID-19.” The department also urged Americans in Ukraine to “depart now via commercial or private means.”

“American citizens should leave now,” Biden stressed, after asserting that there is no scenario in which he would deploy US troops to lead an evacuation of Americans from Ukraine, despite previous reports.

Such a move by the Pentagon would lead to a major conflict, according to the US president.

“That’s a world war,” Biden said, “when Americans and Russians start shooting at one another. We’re in a very different world than we’ve ever been in.”

He went on to ask how troops would go about finding American citizens that are present in Ukraine. “Things could go crazy quickly,” Biden warned.

Russian Foreign Minister Sergei Lavrov dismissed a recent UK claim and British Deputy Prime Minister Dominic Raab‘s threats toward the Kremlin as an attempt to fuel drama and “create a tragedy that, however, looks more like a comedy.”

During an exclusive interview with NBC, Biden also claimed to have done a “deep dive” on “about four people” being considered to succeed Justice Stephen Breyer on the Supreme Court of the US.

“I’ve taken about four people and done the deep dive on them, meaning thorough background checks, to see if there’s anything in the background that would make them not qualified,” the US president told Holt.

Biden declined to name any of the potential nominees. The US president has, however, been open about his desire to nominate a Black woman to serve on the high court.

“I think whomever I pick will get a vote from the Republican side,” Biden suggested.