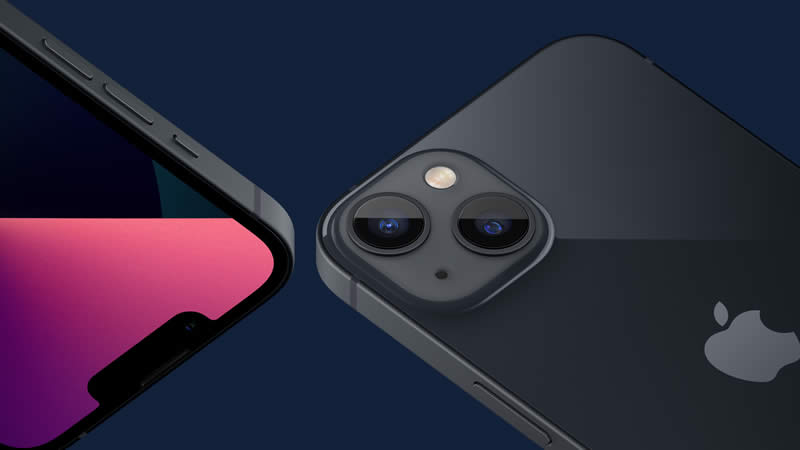 Apple announced two new iPhone models at its September event: the iPhone 13 and iPhone 13 mini. iPhone 13 prices are the same as last year, from $699 and $799 for iPhone 13 mini and iPhone 13. The base storage capacity has been increased to 128 GB, with a 512 GB storage configuration also available.

The design of the iPhone 13 has a similar appearance as the iPhone 12, although the display notch at the top of the screen is slightly smaller in width; Apple claims it is around 20% smaller. In the iPhone 13 and iPhone 13 mini, the dual cameras are now arranged diagonally in the rear module.

The iPhone 13 has a 28 percent brighter display (Pro models get more upgrades including a 120Hz refresh rate). The A15 Bionic chip powers the iPhone 13 in terms of performance. With two high-performance cores and four high-efficiency cores, the A15 has about 15 billion transistors. It is unclear that how much of a performance benefit upgrade the A15 chip is over the A14 found in the iPhone 12.

In terms of photography, Apple has improved the iPhone 13 and iPhone 13 mini camera systems in several ways. With a 46 percent increase in light gathering capability at an f/1.6 aperture on the main wide camera, the lenses now take in more light. Sensor shift optical image stabilization is now offered on entry models for the first time.

Apple has added a ‘Cinematic Mode’ rack focus effect for video, which is comparable to Portrait mode for photos but for video. Cinematic Mode focuses on a subject and adjusts the focus as the subject moves around the frame.

With updated radios in the iPhone 13, 5G support has been expanded on the iPhone. Apple will double 5G compatibility to over 200 carriers across 60 countries.