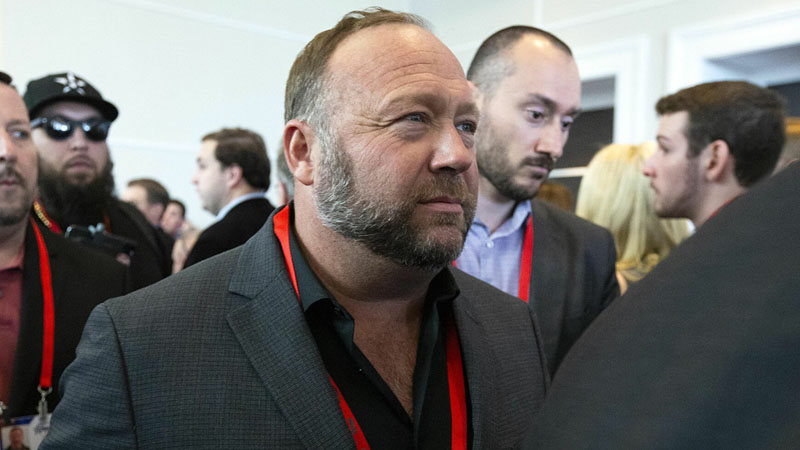 A House committee investigating the January 6, 2021, riot at the US Capitol issued subpoenas for former President Donald Trump’s advisers and Alex Jones, the owner of the right-wing website InfoWars, in November. It was reported that Jones tried to dodge the meeting before finally appearing.

“I just had a very intense experience being interrogated by the January 6 committee,” Jones is quoted as saying on his broadcast, per a CNN report. “They were polite, but they were dogged.”

Jones reportedly said that he had pleaded the Fifth Amendment “almost 100 times,” citing his lawyer, who is said to have counted the usage, and that he had been ordered to do so “on the advice of counsel.” Jones claimed he wanted to answer the questions but was reluctant to do so because he feels the committee, particularly Democratic Rep. Adam Schiff of California, would twist his comments, and he was concerned about not answering all of them accurately and thus perjuring himself.

“The questions were overall pretty reasonable,” Jones said. “And I wanted to answer the questions, but at the same time it’s a good thing I didn’t, because I’m the type that tries to answer things correctly even though I don’t know all the answers, and they can kind of claim that that’s perjury, because about half the questions I didn’t know the answer to.”

Jones claimed he was shown “a bunch of emails” he had never seen before. He also believes the committee has accessed his phone since he was shown text conversations from it, including messages with rally organizers Cindy Chafin and Caroline Wren, who have also been subpoenaed by the committee.

“They have everything that’s already on my phones and things, because I saw my text messages to Caroline Wren and Cindy Chafian and some of the event organizers,” he said.

He also admitted that seeing the huge crowd that had gathered at Trump’s ellipse speech made him reconsider spearheading a march to the Capitol. He thought to himself, “You know, maybe we just won’t do this,” per Politico’s report. When Secret Service agents arrived and opened the gate, he said he continued.

Jones was seen on some of the footage repeatedly attempting to guide the mob away from police lines after arriving at the Capitol and witnessing some of the ongoing mayhem. According to the right-wing activist, the committee inquired about his interactions with the right-wing organizations Proud Boys and Oath Keepers.

He reportedly claimed on his show that following a pro-Trump rally in Atlanta prior to the events at the Capitol, he ate at a Hooters with some members of the Proud Boys. He said he did not utilize Proud Boys or Oath Keepers as security and did not consider them a serious paramilitary danger.

“I saw it all as LARPing. I saw a lot of it as playing soldier in the backyard,” he said, referring to those who were recently indicted on a seditious conspiracy charge.

According to CNN, Jones said the committee had asked him if he had heard of any plans for violence on January 6. Jones stated that the only mention of possible violence he had heard was through news reports and that he had no insider information. “You always hear about politics in America,” he said, describing it as “background noise.”

“There was, you know, headlines about insurrection acts and Trump was all over the news. But I was getting this from the news like everybody else,” he added.

He vehemently refuted any idea that he was involved in the planning of violence at the Capitol.

“Let’s get something clear for the committee and my audience and everybody else: I don’t want a civil war in this country, and that’s a terrible idea,” he said. “And I don’t want lawlessness by anybody. And I don’t want anybody attacking anybody, OK?”

Moreover, Jones reportedly said on his broadcast that he tried to keep people out of the Capitol, but that managing the crowd was “mission impossible.” He went on by saying that those near the building found out “there were a bunch of people inside the Capitol.”

“And that was so stupid and so dumb. I didn’t support it that day and I don’t support it now,” Jones said, adding that “We got the hell out of there once we couldn’t stop it,” while describing the mayhem at the Capitol as a “horrible historic fiasco” that he wished had “never happened.”

According to earlier reports, in December, Jones filed a lawsuit in federal court in the District of Columbia that the court’s subpoena of AT&T phone records violates his First Amendment rights as a journalist, and that the committee is illegally organized according to House rules.

The House Select Committee to Investigate the January 6 Attack on the US Capitol has faced significant opposition in obtaining materials since its formation in the summer of last year, with Trump filing multiple lawsuits aimed at preventing the release of his documents by the National Archives under the guise of executive privilege. Several subpoenas have been issued, however, while several figures have chosen to ignore them.

Forbes: Trump’s Cash Holdings of $93 Million Much Less Than His Earlier Claims