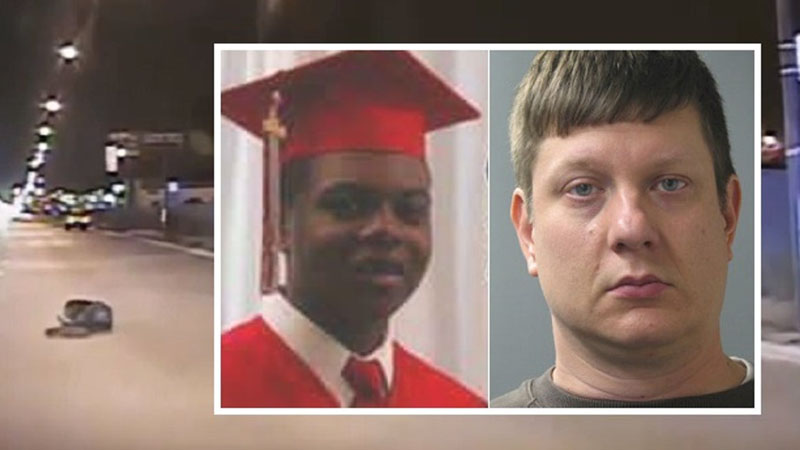 Community activists in Chicago are demanding that federal prosecutors charge ex-cop Jason Van Dyke, who is scheduled to be released from prison in February.

Van Dyke is set to be released on February 3 after serving nearly four years of a seven-year sentence just after his 2018 conviction on second-degree murder charges and 16 counts of aggravated battery, one for each bullet Van Dyke fired at Laquan McDonald in 2014, killing the 17-year-old.

According to the Chicago Tribune, Van Dyke dropped all attempts to appeal his conviction after a year in prison in order to avoid further public controversy and media attention. Due to his good behavior, the former officer is eligible for parole.

Rev. Marvin Hunter, McDonald’s uncle and pastor of the Grace Memorial Baptist Church, told the Tribune that he managed to learn of Van Dyke’s upcoming release on Friday.

“I’m hoping he’s learned the errors of his ways. I have always asked for justice and not revenge,” Hunter said. “We got as much justice you could get with the players that were there at the time he was on trial. The system needs to be changed, it needs to be overhauled.”

Community activists held a rally on Thursday to announce their desire for federal prosecutors to charge Van Dyke, and they are calling on the Magnificent Mile Association to join the effort and put pressure on the judicial system. Activists are devastated that Van Dyke will be released after serving less than half of his sentence.

According to William Calloway, a criminal justice reform advocate told WGN-TV, they do not want violent or disruptive protests, but he understands the frustrations of Black people across the country who continue to die at the hands of police officers simply because they are Black.

“We don’t want to see Cartier being vandalized or watch Burberry and Louis – that goes against what we believe in. That does hurt our cause. But at the same time, being Black, and being Black in America for 32 years, I understand, and I get it.”

Trump’s move to Mar-a-Lago was a significant gain to New York prosecutors: “How is that legal?”