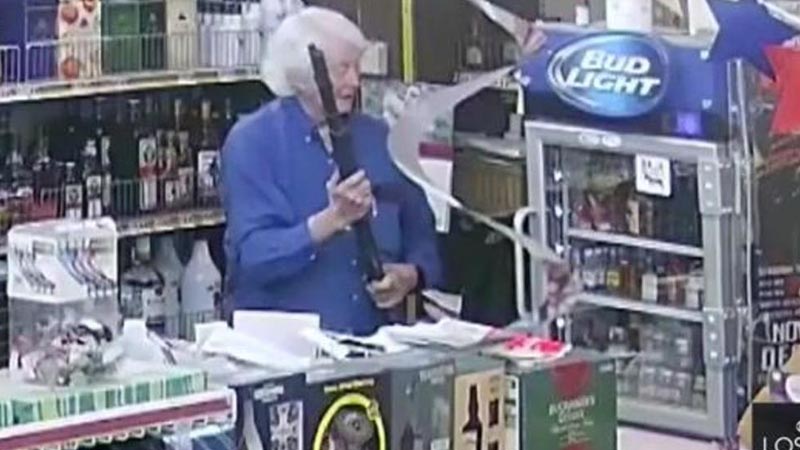 “It’s not his first rodeo,” a woman named Marnie, who works for the store’s owner, 80-year-old Craig Cope, told CBSLA. “He saw on the surveillance, he saw them coming out of the vehicle with weapons.”

Around 2:45 a.m. on Sunday, a gang of robbers entered the store, and Cope can be seen taking a shotgun from behind the counter and firing at one of the attackers.

Security footage captures the suspects returning to a black BMW X3 that was parked outside after one of them was shot in the arm by Cope.

Cope then checks the security camera to make sure the suspects left.

“I’m proud to call him my boss,” Marnie said. “He makes us feel better about being here, you know.”

Cope had a heart attack as a result of the incident but Marnie told CBSLA that he is expected to fully recover and has plans to reopen the store, which he has owned since 1967.

The four suspects involved, according to the Riverside County Sheriff’s Department, went to a hospital in Southern California where the wounded suspect is currently recovering. The remaining three suspects are jailed.

Marnie claimed that Cope’s installation of the store’s high-definition security cameras in response to an increase in robberies contributed to Cope’s life.

“The sheriff came in and warned me, about eight months or so, that this was going on and to keep an eye out and pay attention, be on your toes,” Marnie said.

Catching up With Curtain Trends