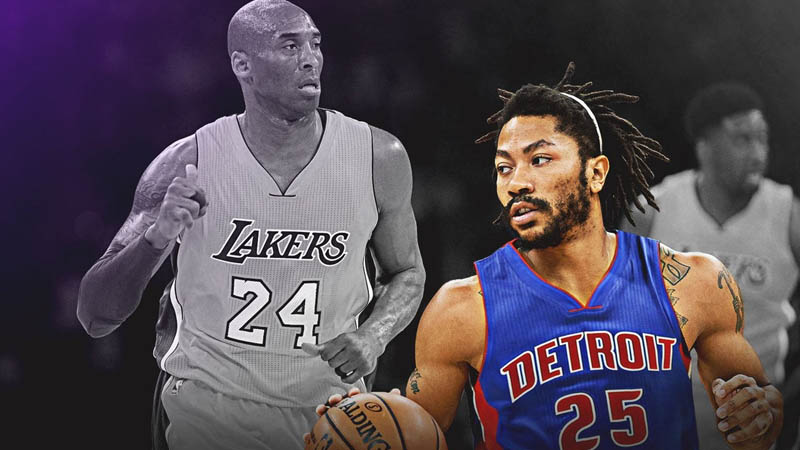 When Kobe Bryant arrived in the NBA, the league thrived on athleticism. But as he entered the twilight of his career, the emphasis had changed to perimeter shooting. While he remained an average outside shooter, he was still one of the best scorers the league had ever seen.

Facing a similar dilemma was 2011 MVP Derrick Rose. The former #1 overall pick entered the league as one of the most athletic and explosive guards, but soon his skillset became outdated. So, keeping up with the league, he also had to find a way to improve his shooting.

Recently, former NBA champion B. J. Armstrong had a conversation with Rose, where he asked him how he dealt with the ride of shooters like Stephen Curry and Kyrie Irving. Rose then replied saying he drew inspiration from Kobe.

He said, “I will have to bring Kobe into it. If you look at his career, people see how great he is, his work ethic was crazy, but to play 20 years, you gotta be able to adapt. Not totally change your game but adapt little nuances of the game.”

Kobe showed with work ethic, that with time, you can actually work on those skills. So with him making it, it gave me a chance to see him up close and how he became the player he is. He was paying attention to the way the game was changing.”

So after shooting 29% for his first nine years in the league, Rose then averaged 37% from three with the Timberwolves in the 2018-19 season. Although he slumped back to 30% last season, he was still an effective scorer for the Pistons, while coming off the bench.

Despite having a two-decade career, Kobe was plagued by injuries from the time he entered the league. Anyone else going through so many injuries would have retired. But Kobe fought on and cemented his place as one of the best of all-time.

Rose has also faced a lot of injuries in his career so far. After being an MVP caliber player, he is now in a sixth-man role. He remains one of the most loved players in the league, and fans are hoping that he can end his career with at least one ring.

Chase Elliott wins, Kevin Harvick misses out on the Championship 4

Best Ways to Work on Your Golf Swing From Home

Georgia Tech Survives First round of ACC Tourney in OT