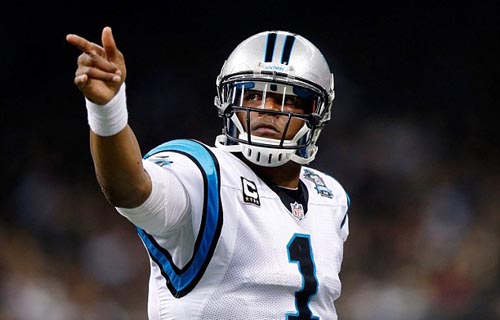 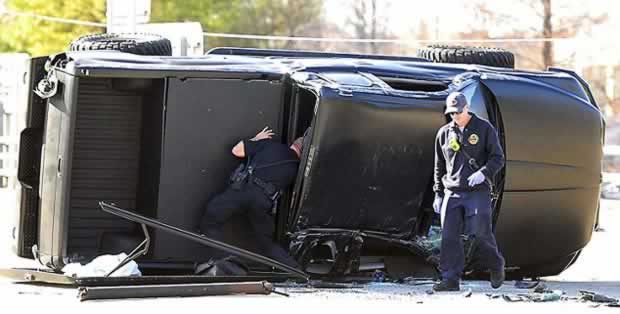 Newton miraculously escaped serious injury, but the Panthers announced that he suffered two transverse process fractures in his lower back. The 25-year-old will remain in Carolina’s Medical Center overnight for tests. Newton was treated at the scene for 20 minutes before he was taken to hospital on a stretcher, with a vehicle believed to be his black pick-up truck pictured with the roof caved in and debris on the road. 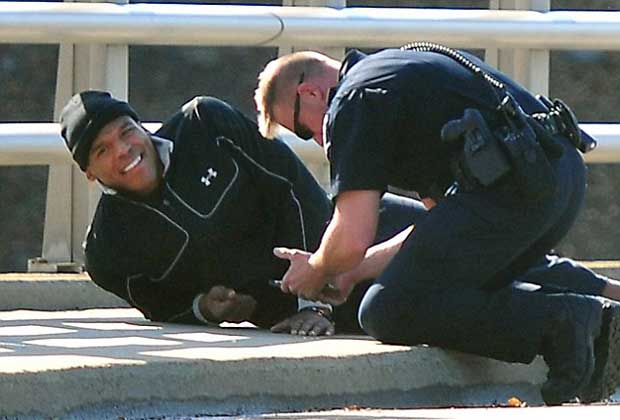 The smash occurred in the vicinity of the Panthers’ stadium, with the Charlotte Observer showing pictures of Newton smiling while being attended to by paramedics. ‘Cam does have two transverse process fractures in his lower back but no other internal injuries,’ Panthers spokesman Charlie Dayton said. 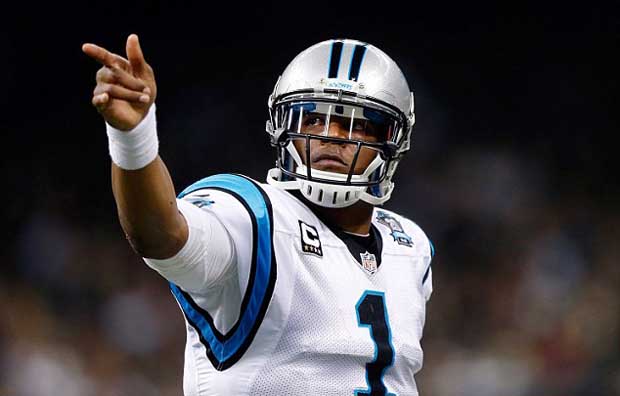 ‘He’ll stay overnight but there are no more tests scheduled, and that’s it.’ Charlotte-Mecklenburg Police Department spokesperson Rob Tufano, confirmed Newton was involved in a two-car accident. ‘Both Newton, who was the driver of the truck, and the driver of the sedan were taken to (a) hospital with non-life threatening injuries,’ Tufano said. ‘Police are continuing to investigate.’ 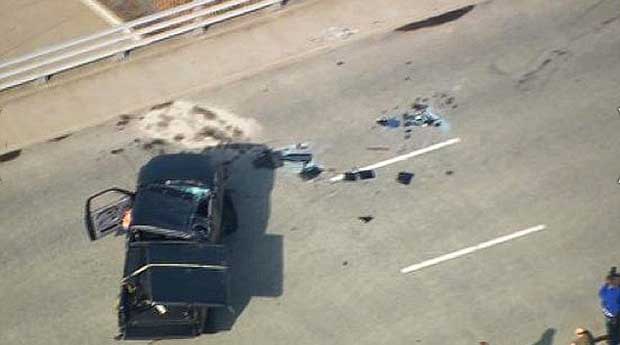 An eyewitness saw Newton’s vehicle flip ‘two or three times,’ The Observer’s Jonathan Jones told NFL Network. Newton led the Panthers to their fourth win of the season on Sunday with a 41-10 win at divisional rivals New Orleans, with Carolina still in the hunt for a play-off spot. Dallas Cowboys quarterback Tony Romo suffered the same injury earlier in the season during the defeat to the Washington Redskins and missed one game.

How to Stay Young with Natural Tips

Why To Use 5 Great Calorie Burning Workouts

Cycling for Body and for Mind