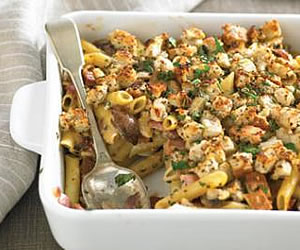 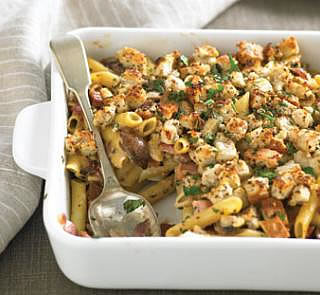 An easy pasta dinner with a boscaiola sauce you can cook at home using bacon, mushrooms and cream.