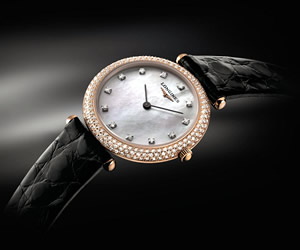 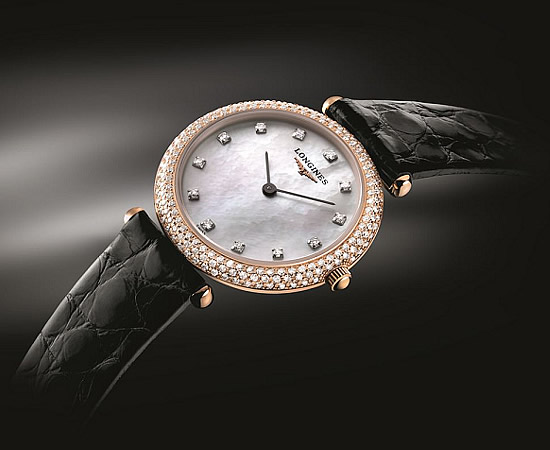 A tribute to its founder Auguste Agassiz, the Longine’s Agassiz Limited Edition piece is dedicated to women. The new lady’s variant is a modish addition to its original 1982 collection which revels in Longine’s timeless elegance.

Set in diamond, the Agassiz gold watch is encased in an ultra-slim 18k rose-gold case. With a diameter of 25.5 mm, the case band has been bejeweled with 180, 0.522k top Wesselton VVS diamonds. The exquisite Agassiz creation depicts Longine’s tradition that has been captured in the mother-of-pearl dial bearing twelve diamond hour indices to mark each hour run. The dial, modeled on the original chronograph created by legendary Longines founder, Auguste Agassiz bears testimony to the iconic watch maker.

The watch is powered by quartz movement and will be retailed close to $8,750-$10, 750. A black alligator strap holds the watch; a sleek and classy model that has been created to represent Longine’s rich heritage. 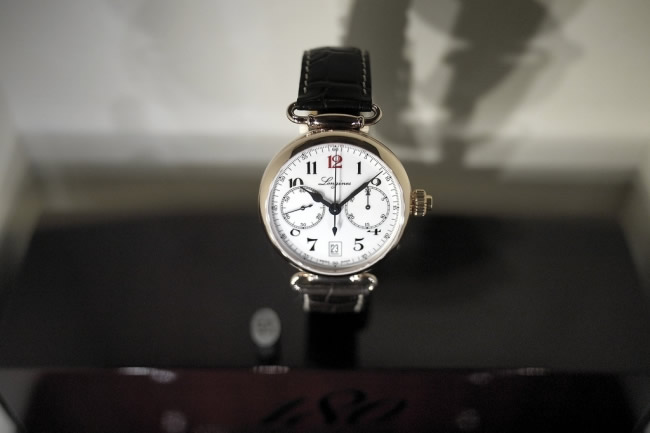 Longines signature Column Wheel Single Push Piece chronograph watch (above) is another important piece featured in the 180th anniversary collection. The Column Wheel Single Push Piece chronograph is an ode to its historical commitment in developing precision sports watches. The characteristic single push mechanism is a reminder of Longine’s first wrist chronograph creation of 1913 which was fitted with calibre 13.33Z. The new model will bear calibre L788 with options to stop and reset back to zero with the help of a single push-piece device that is integrated in its crown.

Longines limited edition of its La Grande Classique de Longines is another creation that finds place in the anniversary series. With a diameter of 29 mm, this slim variant also bears 180 diamonds and features all the characteristics of the 180th anniversary series.

The other heritage pieces in the Longine’s stable that demonstrates its expertise in horology includes models such as Longines DolceVita, the Master collection and the Saint-Imier Collection. – Bornrich