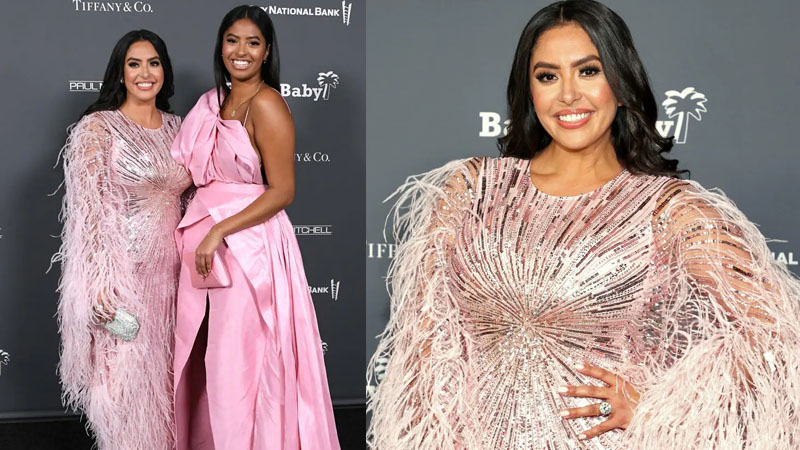 This past Saturday the L.A.-based charity Baby2Baby hosted its 10th yearly fundraising gala to help children living in poverty with essential goods like diapers and clothes.

The guest of honor of the event was Kobe Bryant’s widow, Vanessa Bryant, who was honored for her commitment to making a difference in the lives of unprivileged children. During the gala, she was presented with the Giving Tree Award.

The organization’s co-CEO Kelly Sawyer said that Vanessa was honored for supporting the organization for the last 7 years. She also described Vanessa as an inspirational woman and mom. “She’s done so much for us and so to be here tonight with her after all she’s gone through and after what the world has gone through is a special moment for everyone I think.”

Vanessa gave an emotional speech that talked about the hardships of our current times with Covid and everything it caused us to experience in the past two years.

“As challenging as the past twenty months has been for everyone, they have been even harder for these low-income or homeless families in need who have been disproportionately impacted by the pandemic, losing jobs, homes, and family members at very high rates… It’s these families that need us the most and even more tomorrow and the next day.”

She finished the speech by thanking her husband Kobe and her daughters Natalia, Gianna, Bianka, and Capri, which was followed by a standing ovation from all the attendees.

The gala took place at the Pacific Design Center in West Hollywood and was attended by many celebrities guests such as Jessica Alba, Kerry Washington, Jennifer Garner, Kate Hudson, and billionaire Jeff Bezos and his girlfriend, Laura Sanchez.

The last gala the organization held in November 2019 was attended by Vanessa with her late husband Kobe Bryant, just two months before he passed away in a tragic accident with his daughter Gianna.