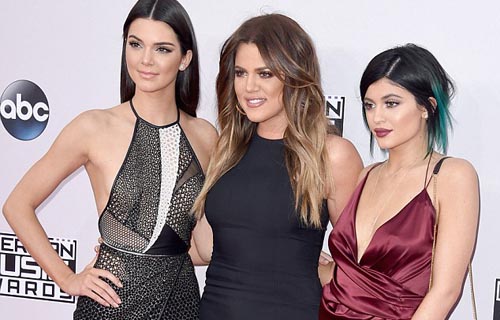 From Harry Styles to Tyga and French Montana, these ladies clearly have a fondness for musicians. So it’s no surprise that Kendall and Kylie Jenner as well as big sister Khloe Kardashian wanted to make an impact at the American Music Awards 2014 on Sunday. 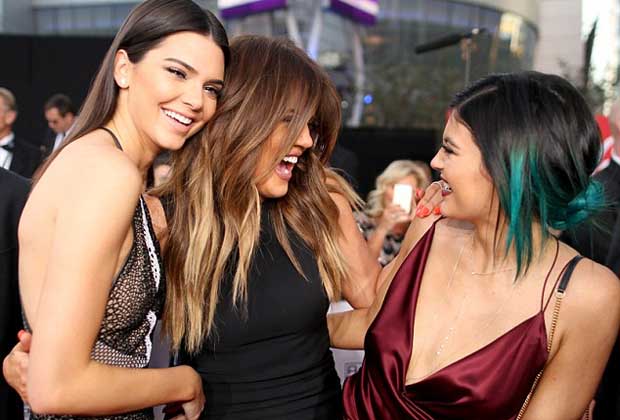 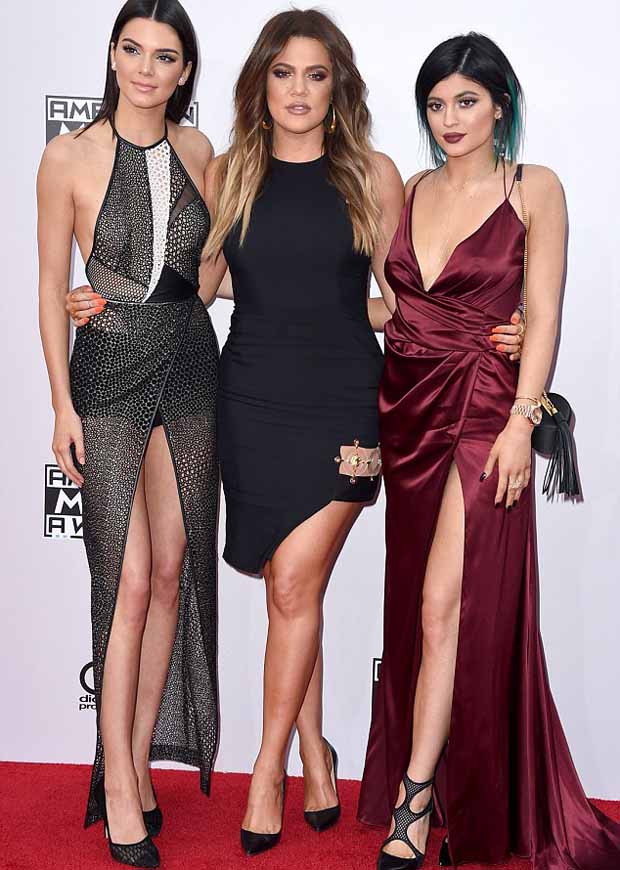 The trio ramped up the glam factor with thigh-skimming gowns as they prepared to present an award at the glitzy ceremony held at the Nokia Theatre in LA. Amongst the other guests were Kendall’s one-time romantic interest Harry Styles, and sister Kylie’s pal Jaden Smith, to who she was linked before she began hanging out with rapper Tyga.
[contentblock id=2 img=adsense.png] 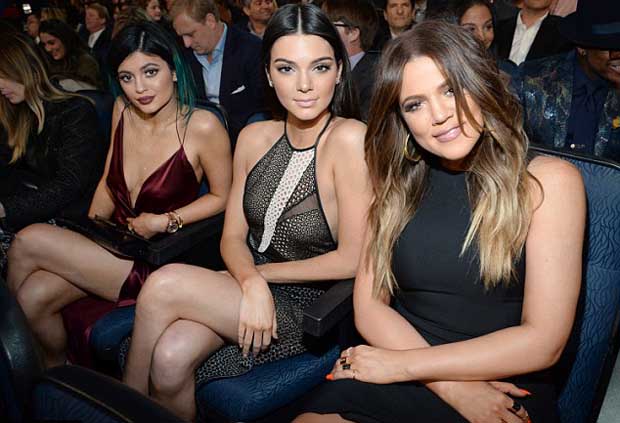 Khloe, 30, showed lots of leg in a skintight LBD with asymmetric hemline while her golden brown tresses fell glossy in waves around her shoulders. She donned large gold hooped earrings to compliment the gold detailing on her left thigh and completed the look with black patent pumps. Kylie, meanwhile, opted for a backless maroon satin gown. The 17-year-old teamed the glamorous garment with mesh detail stilettos and a cylinder shaped shoulder bag.
[contentblock id=3 img=gcb.png] 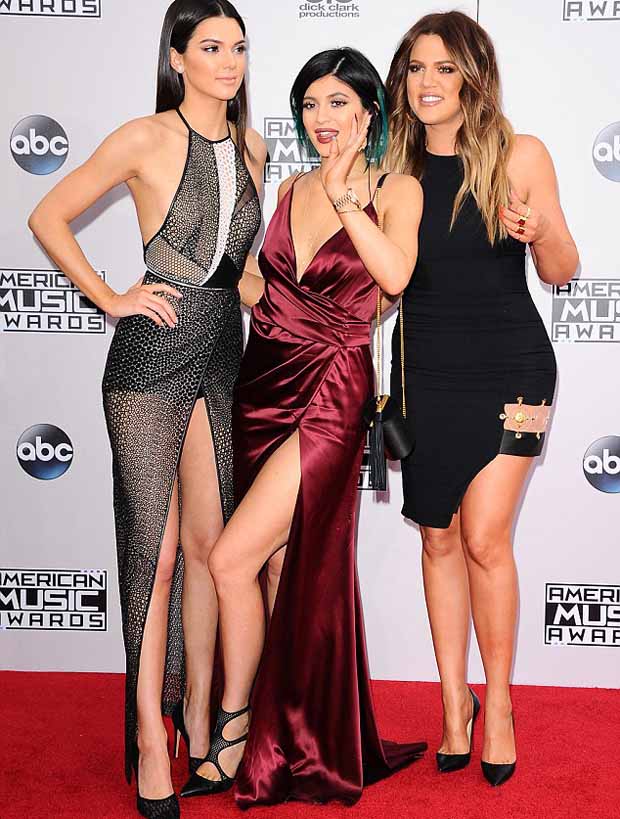 Her green-tinged locks were tied into a loose and low bun and she donned her favourite matte plum lipstick. Model of the moment Kendall – who has just been named the new face of Estee Lauder – opted for a halterneck mesh dress which accentuated her statuesque frame. Her dark brunette locks were styled into an immaculate centre-parting and she sported low-key nude lips. The girls later took to the stage to name the winner of the Pop/Rock Female award with Kendall saying: ‘Naming the top name in the Pop/Rock Female category is quite hard,’ 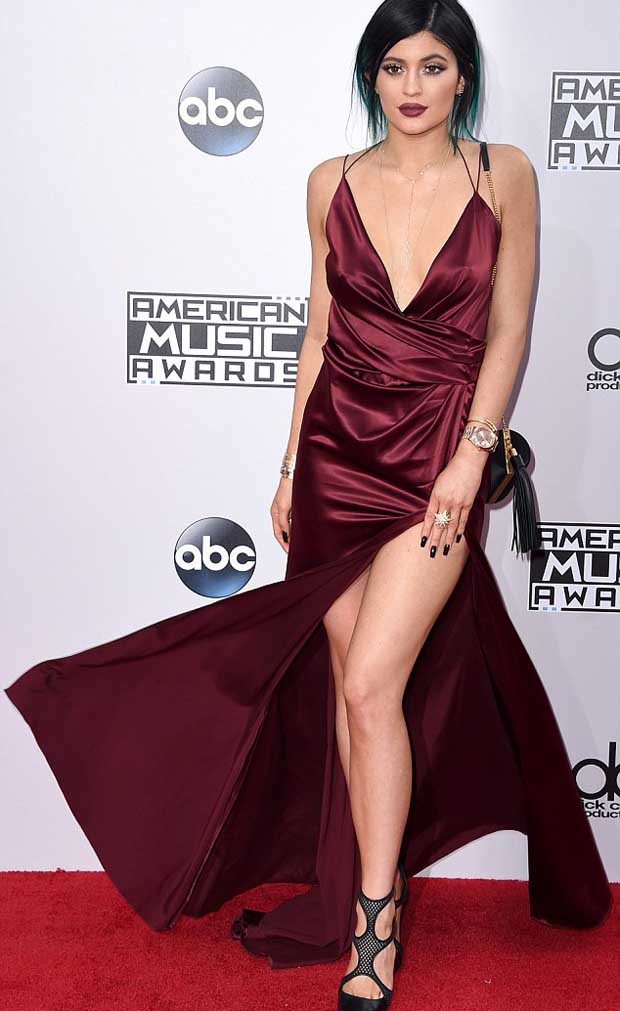 Meanwhile, Khloe seems to be facing a new obstacle in he divorce from estranged husband Lamar Odom. It has been reported by RadarOnline that her divorce case may be bound for dismissal because there has been no action on the filing. The reality star, who tied the knot with Lamar in 2009, filed for divorce from the athlete in 2013. 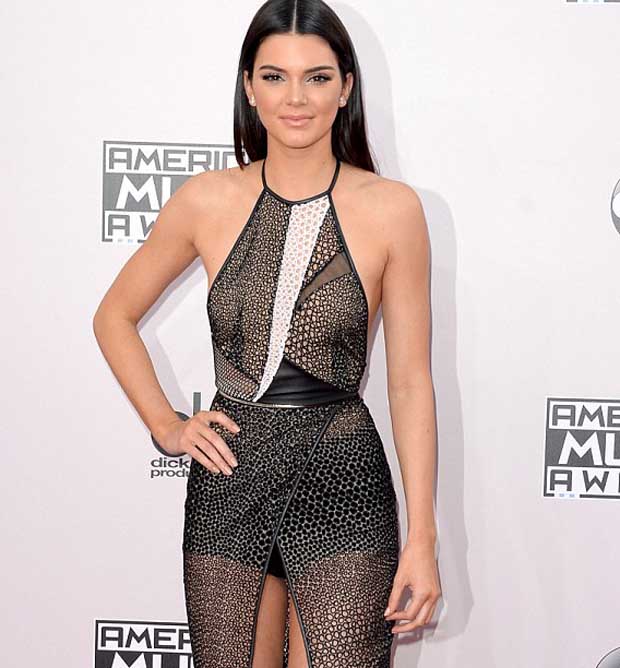 Khloé is now dating rapper French Montana who she was with for seven months earlier this year and, after a recent split, the couple have reunited. According to TMZ, Kylie’s supposed love interest Tyga, 25, is said to have skipped out on a scheduled appearance at the Greystone Manor in West Hollywood on Tuesday night. The reason being the club wouldn’t let Kylie in due to its 21-and-over age policy.

ARTIST OF THE YEAR
One Direction

FAVOURITE ALBUM – COUNTRY
Brantley Gilbert – Just As I Am