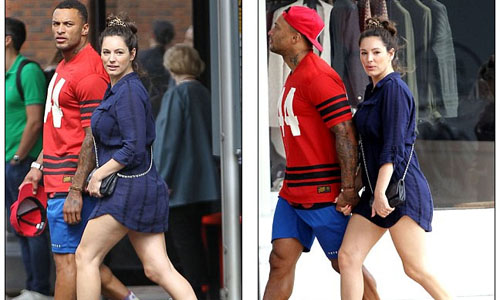 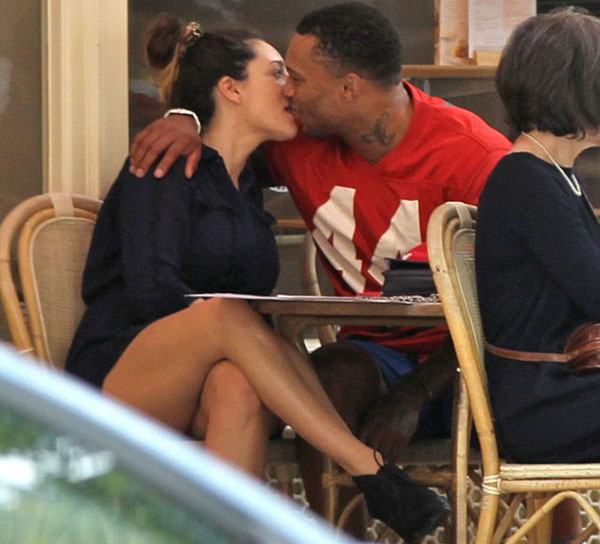 Kelly Brook shows off her legs in thigh-skimming shirt dress as she enjoys a kiss with fiance David McIntosh.

Ever since he became the first celebrity to get evicted from the Celebrity Big Brother house, Kelly Brook and her fiance David McIntosh have been inseparable. 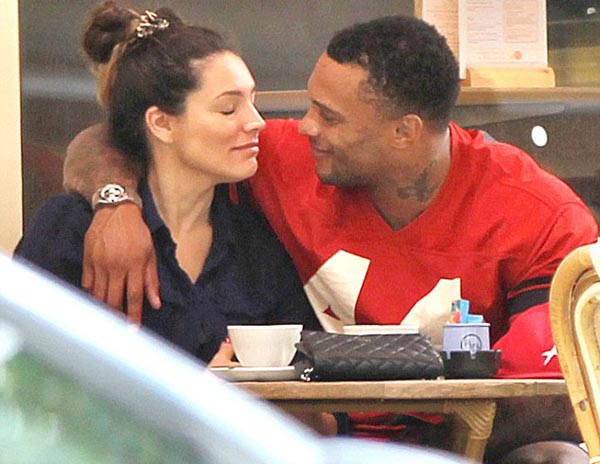 The couple were spotted out and about yet again on Saturday in north London, and the loved-up pair couldn’t keep each other’s hands off of each other. While running a few errands, they stopped off for a bite to eat in a local cafe where they openly kissed, held hands and put each other’s arms around one another. 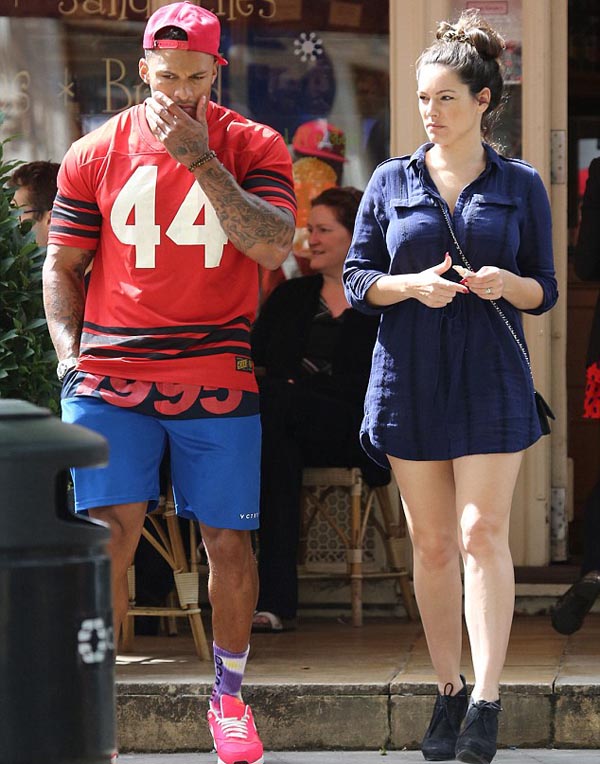 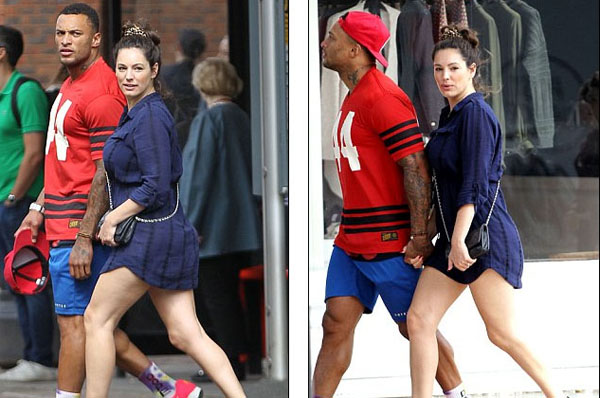 Both of them kept their looks casual. David went for a jock look in a pair of blue shorts with an American football jersey and a baseball cap. Meanwhile, Kelly, 34, looked more sophisticated in a shirt-dress with cute suede ankle boots, showing off her shapely legs in the thigh-skimming outfit.

The two looked like they didn’t have a care in the world as they strolled around, popping into a few shops. 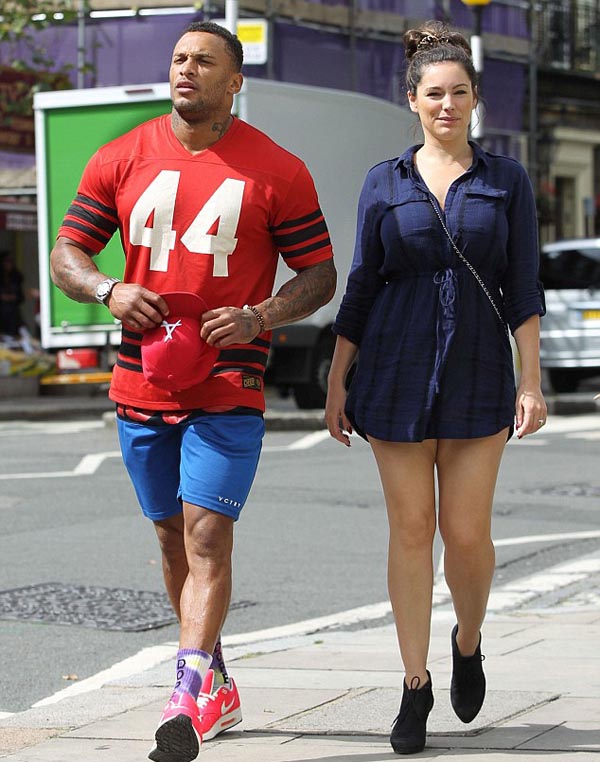 However, David’s adoring smile for his flawless bride-to-be may have disappeared on Sunday morning when extracts from her upcoming autobiography, Close Up, were serialised exclusively by Ben Jackson in The Sun On Sunday.

See All the Sizzling Couples Who Heated Up the Met Gala