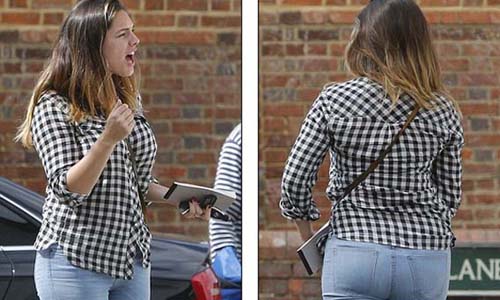 Kelly Brook displays her curves in casual shirt and jeans ensemble as she dashes to the bank. Her fiancé is currently displaying his impressive physique in the Celebrity Big Brother house – but so was Kelly Brook during a trip to the bank on Saturday morning. The actress and presenter showed off a shapely derriere in a pair of super skinny jeans for a wasted journey to the bank – which closed shortly before she arrived. 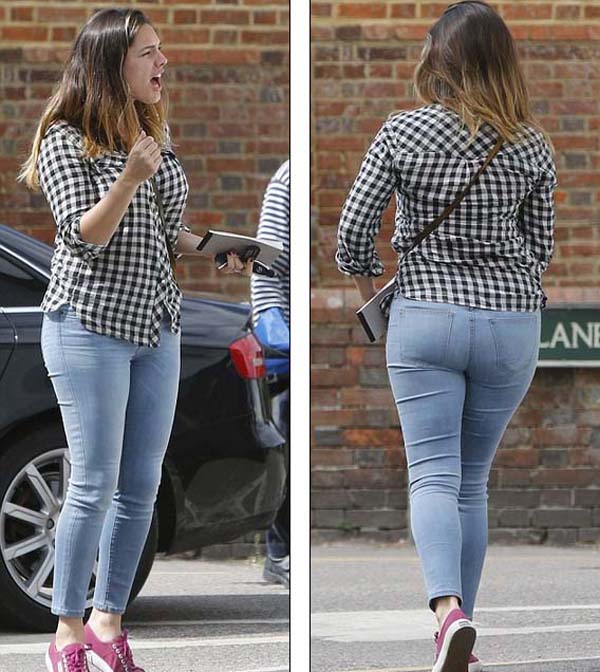 Matching her tight fitting bottoms with a comparatively loose fitting table-cloth print shirt, Kelly, 34, had clearly opted for comfort over style – but looked understandably displeased as she stood outside clutching her cheque book. With her brunette locks loose and naturally parted, she appeared to be peeved as she marched away in a pair of hot pink trainers. 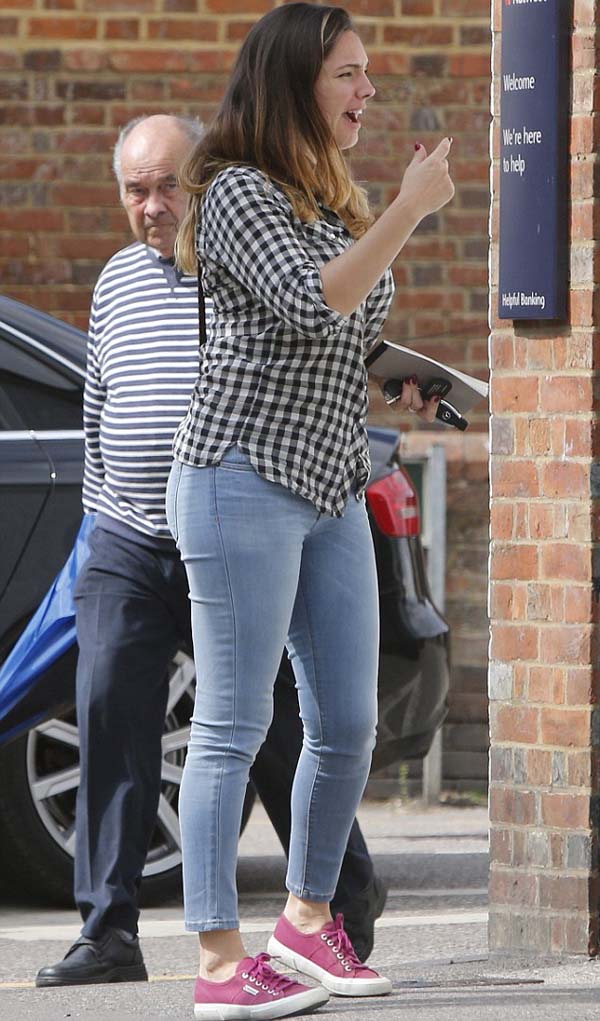 Kelly has had to make do without David’s considerable presence while he attempts to win over his housemates and the viewing public with some impressive displays of physical strength. On Monday’s show the former Marine commando, who has spent much of the last week shirtless, amazed new pals Stephanie Pratt, Kellie Maloney and Gogglebox star George Gilbey by performing a series of push ups while balancing on his hands. But despite winning over a diverse blend of celebs, he won a chorus of boos upon his arrival at the Hertforshire after cockily referring to himself as ‘eye candy’ and vowing to make it the ‘show of shows’. 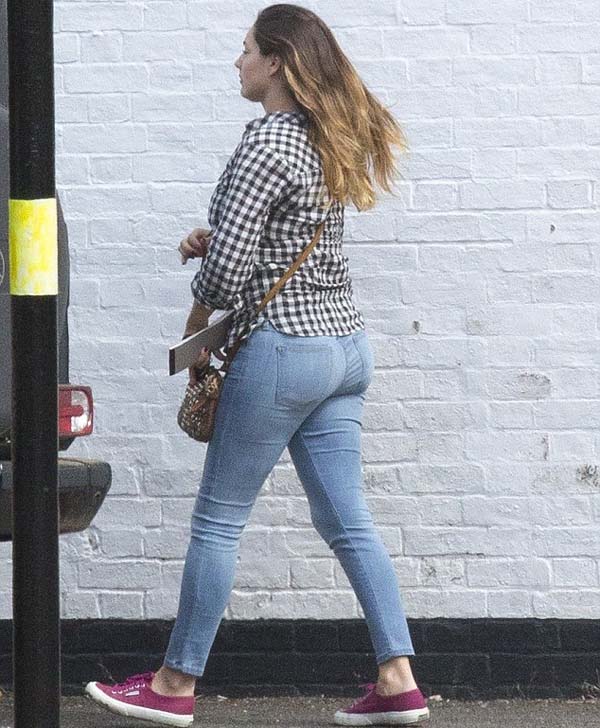 Meanwhile Kelly has been keeping herself busy by putting the finishing touches to her upcoming movie, Taking Stock. She has been cast as the female lead in the Maeve Murphy-directed independent film, which is being billed as a ‘Bonnie and Clyde inspired contemporary comedy drama’. While David was preparing for his TV comeback, Kelly, who has appeared on the big screen in the likes of Piranha 3D, School For Seduction and Keith Lemon: The Movie, recently revealed she had postponed her wedding with David until later this year.

The couple got engaged after a whirlwind romance and now plan to tie the knot after David leaves the CBB house. She recently told Star magazine: ‘We were going to get married next month, but we had to postpone because of my TV show and his work commitments. We don’t want to rush it.’ 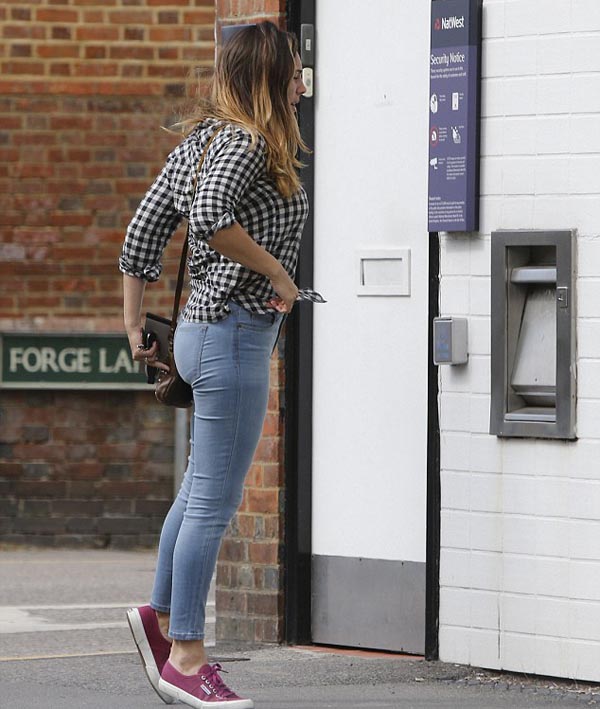 Celebrity Couples Who Split and Still Get Along