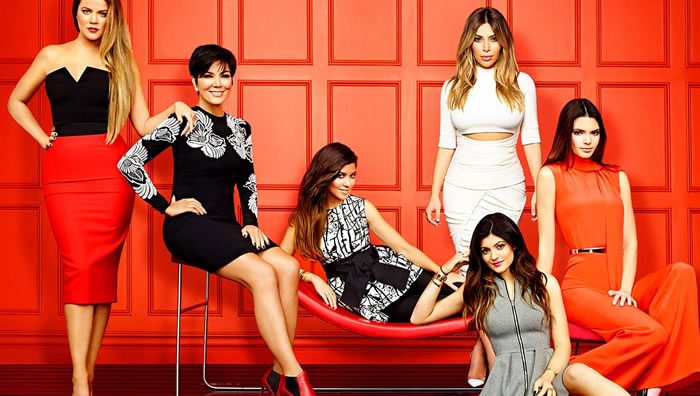 But this year, more family members will be making an appearance. “It is making a return,” Kim Kardashian told guest host Jennifer Lawrence on Jimmy Kimmel Live last Thursday. “You are welcome…next week.” Though Lawrence was not spotted at the studio Tuesday, Khloe Kardashian, Kylie Jenner, Rob Kardashian, Kris Jenner and her mom MJ, Kanye West, North and Saint West, Dream Kardashian, Mason, Penelope and Reign were all in attendance. “Kris, Kanye and MJ were all wearing denim jackets,” an eyewitness tells E! News.

“They spent several hours at the studio before Kris and Kanye gave each other a hug and said goodbye, leaving through a loading dock.” While the family was at the studio on Tuesday, Scott Disick was spotted at Nobu in Malibu with Sofia Richie. “Kourtney did not feel that Scott should be included in the family Christmas card this year,” a source tells E! News. “Kris is always very supportive of Scott, but she also doesn’t want to be caught in the middle and wants to respect Kourtney’s decisions.” We’ll have to wait to see the Kardashian Christmas card when the family shares it later this year!