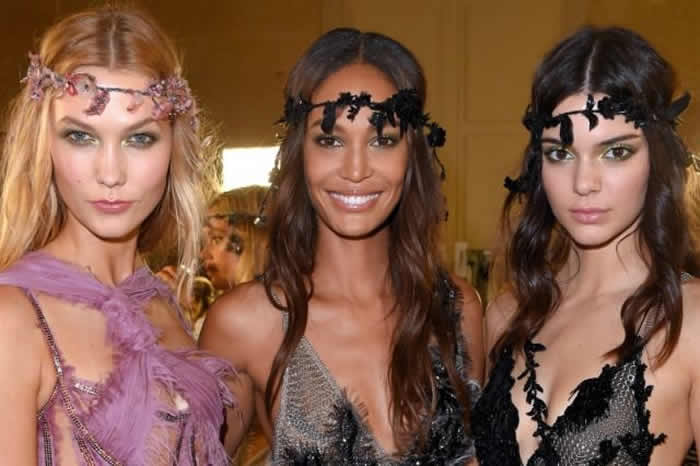 Remember the days when luxury brands favored actors and singers to represent their latest collections? The times, they are a-changing.

Kendall Jenner claims the number-one spot on the annual “Very Important Endorser” list from the curated engagement tool Celebrity Intelligence. The reality star turned catwalker has “fronted 14 promotions,” says The Drum; she has been the face of Estée Lauder, Marc Jacobs, and the Calvin Klein #MyCalvins campaign. Glu Mobile has signed her to launch a mobile game and she’s appeared in a Rock the Vote commercial, too. She and sister Kylie have a clothing line deal with Topshop. Gone from the list this year? 2014’s winner of “top ambassador”: Beyoncé.

The remaining top-ten brand ambassadors are as follows:

2. Karlie Kloss, Taylor Swift bestie and the face of L’Oreal Paris, who has 12 endorsements.
3. Gigi Hadid, a Victoria’s Secret Angel with a total of nine endorsements.
4. Cara Delevingne, the model-actor who has deals with Mulberry, Mango, and TAG Heuer.
5. Irina Shayk, a L’Oreal model who is the face (and body) of Replay’s athleisure sportswear launch.
6. Joan Smalls, a sought-after cover model who walked for Victoria’s Secret and is the face of United Colors of Benetton.
7. Odell Beckham Jr., receiver for the New York Giants, who is the ambassador for Head & Shoulders and the energy drink Roar.

[contentblock id=3 img=gcb.png]
8. Crista Cober, a model who reps the brands H&M, Balmain, and Graff Diamonds.
9. Binky Felstead, a British reality star (Made in Chelsea) who endorses St. Ives, Jigsaw, and more.
10. Stephen Curry, point guard for the Golden State Warriors, whose deals include Express, Under Amour, and Muscle Milk. He’s also been in an iPhone 6s commercial and has his own box of Wheaties.