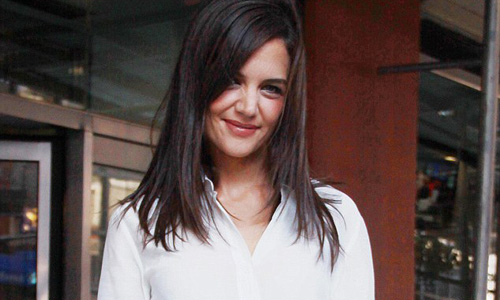 Katie Holmes gets it right matching skinny jeans with heels as she steps out looking chic and statuesque in New York. She’s one of the more leggier actresses standing at a lofty 5ft 9in. And on Thursday Katie Holmes accentuated her tall and slender frame by stepping out in form-fitting skinny jeans and high heels as she made an appearance on This Morning to promote upcoming movie The Giver. The 35-year-old star was seen leaving the CBS studios in New York looking super chic and happily signed autographs for waiting fans. 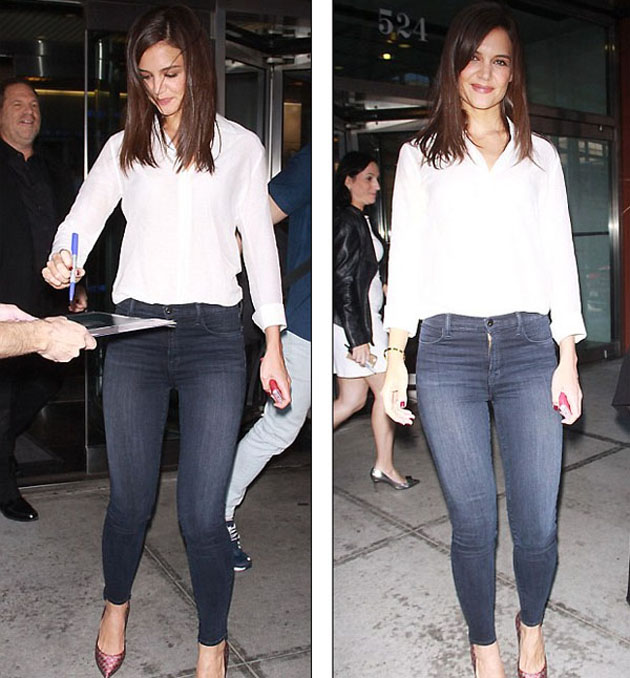 She teamed the faded black figure-hugging jeans with a crisp white shirt featuring three-quarter-length cuffed sleeves. To accentuate her shapely legs, she donned a pair of Michael Kors pointed satin pumps with red paisley pattern – adding an elegant pop of colour to her look. She left her hazelnut locks straight and sleek around her shoulders and went for a long side-swept fringe. While chatting to the hosts of This Morning, Katie discussed how she was drawn to her role in the upcoming drama. 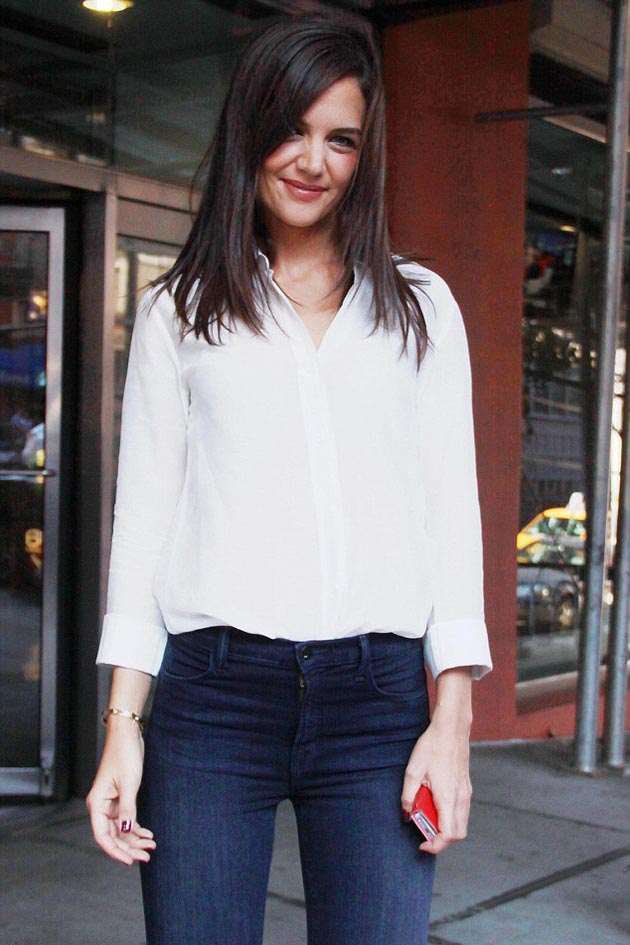 Siva Kaneswaran and Nareesha McCaffrey will tie the knot in 2015