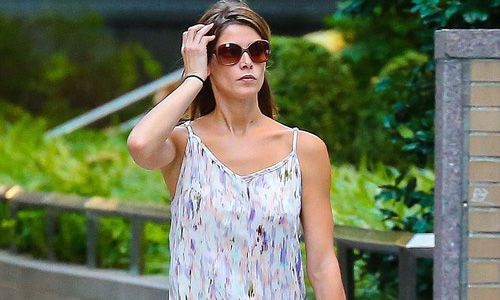 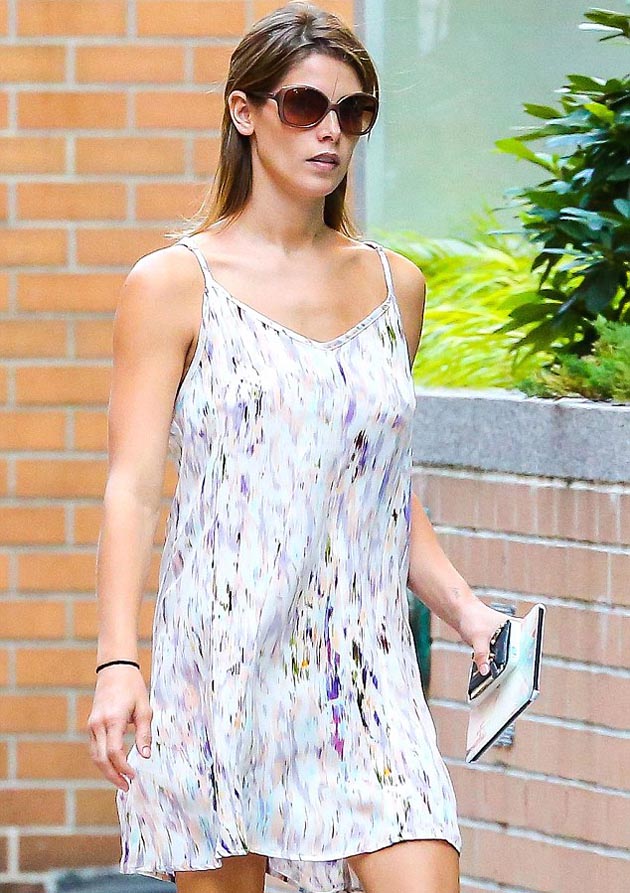 Ashley Greene flashes slim pins in floaty slip dress, before upping the glamour in vibrant red florals for US Open party. There was not a plain outfit in sight for Ashley Greene on Thursday, when she stepped out in not one but two chic patterned looks. The Twilight beauty flashed her toned legs as she ran errands in New York City in a thigh-skimming slip before changing into a striking red dress for the US Open Kick-Off Party. 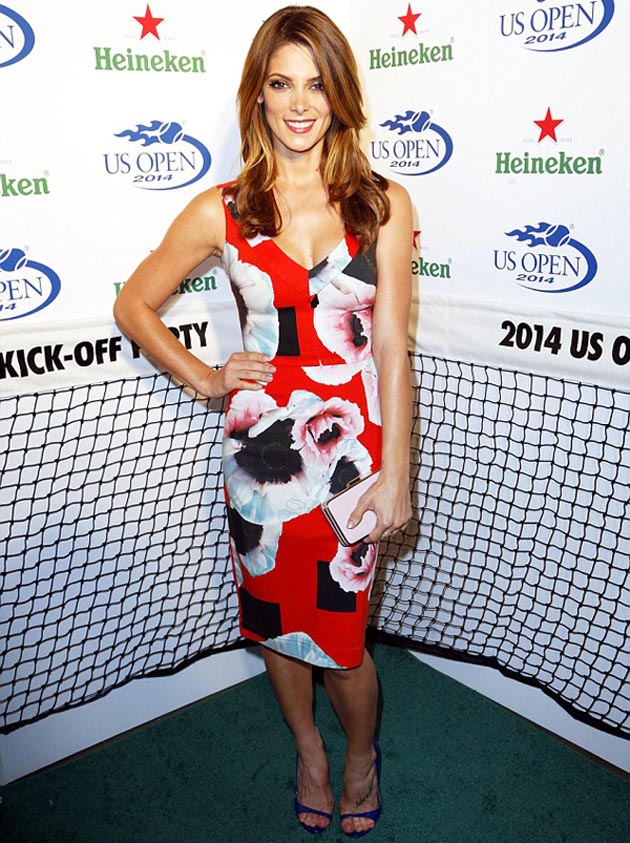 The 27-year-old kept her tresses down and straight earlier on, after teaming her pastel number with comfortable nude flats. The actress’ brown shades remained firmly on during her solo jaunt, as she clutched what appeared to be a tablet. Her pretty outfit included a purple pattern, before Ashley stepped up her game in an attention-grabbing look to party with Nikki Reed. The brunette beauty showed off her ample chest in the low-cut number, complete with bold floral pattern. 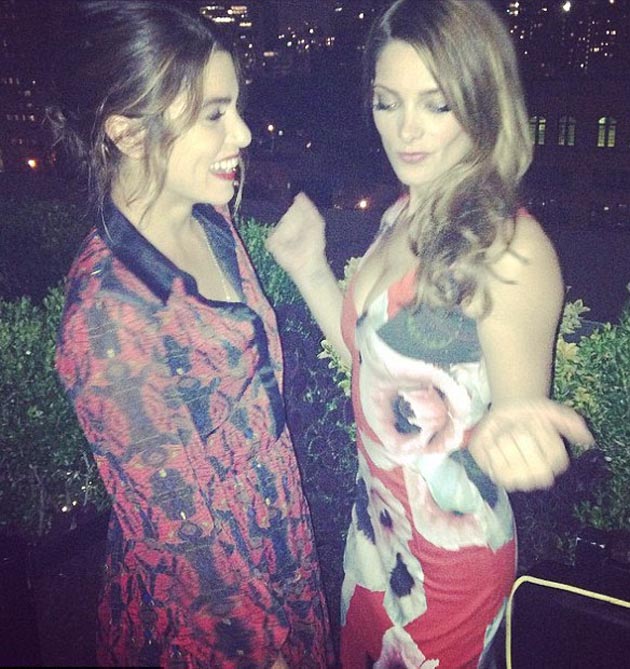 Ashley, who has been settled with boyfriend Paul Khoury for a year now, had previously spent the weekend in California with her parents, celebrating her father’s birthday. She finally found the time to relax after having just recently finished filming three upcoming movies – Random, Burying The Ex, and Shangri-La Suite. The star is also awaiting the release of Wish I Was Here with Zach Braff in September this year. 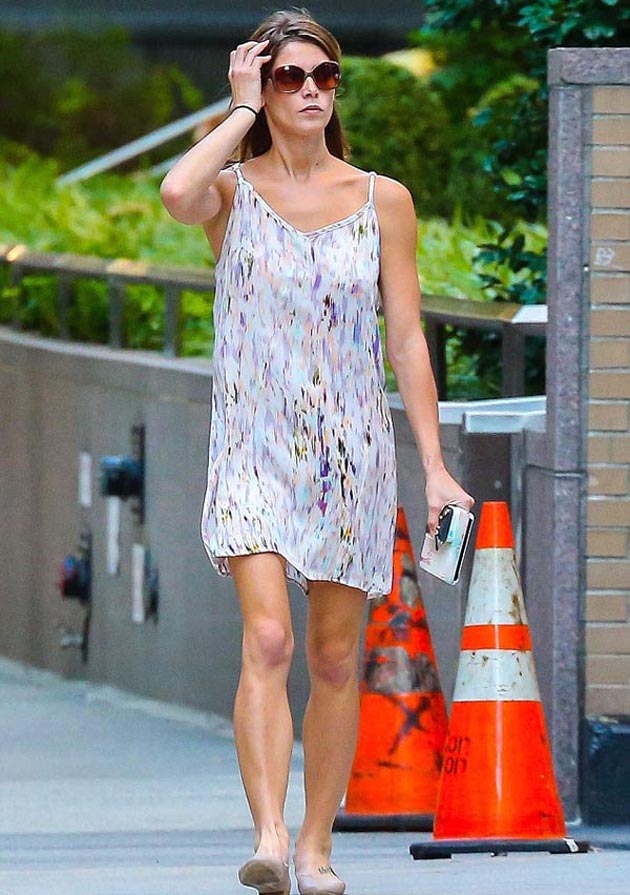 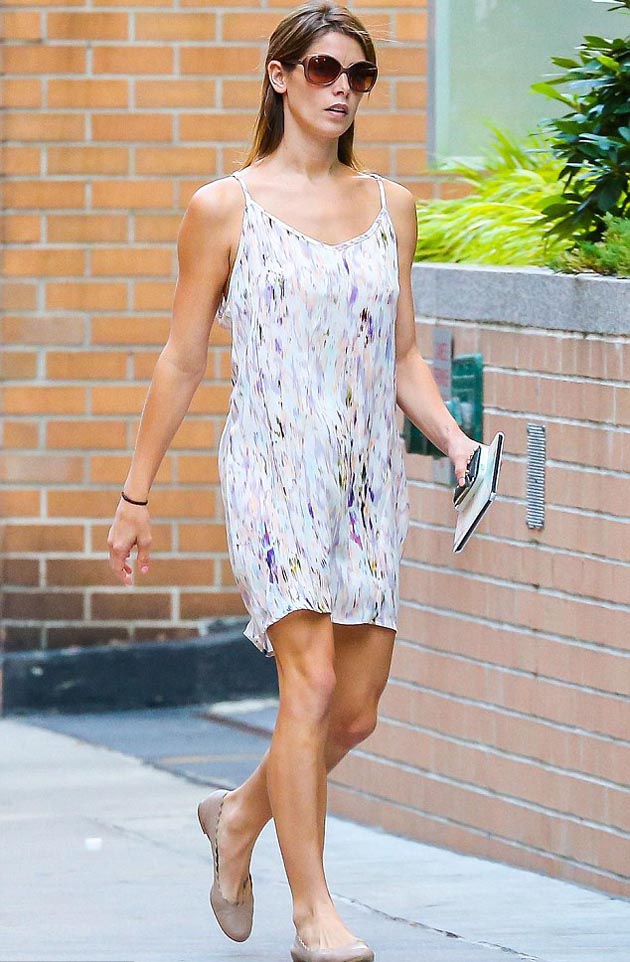