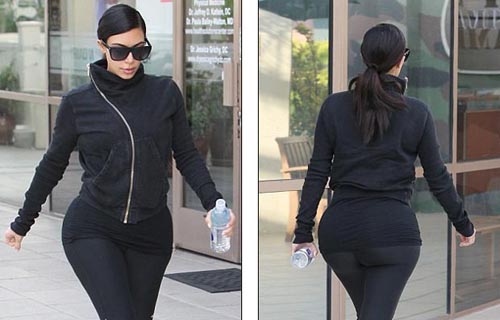 Kim Kardashian shows that her waist is not the only thing she is training in a pair of derriere highlighting leggings. Just a day after giving an insight into how she keeps her waist so tiny, and Kim Kadashian was sweating it out at the gym. The 34-year-old was back at her old fitness haunt Barry’s Bootcamp in West Hollywood, California, on Thursday.
[contentblock id=1 img=adsense.png] 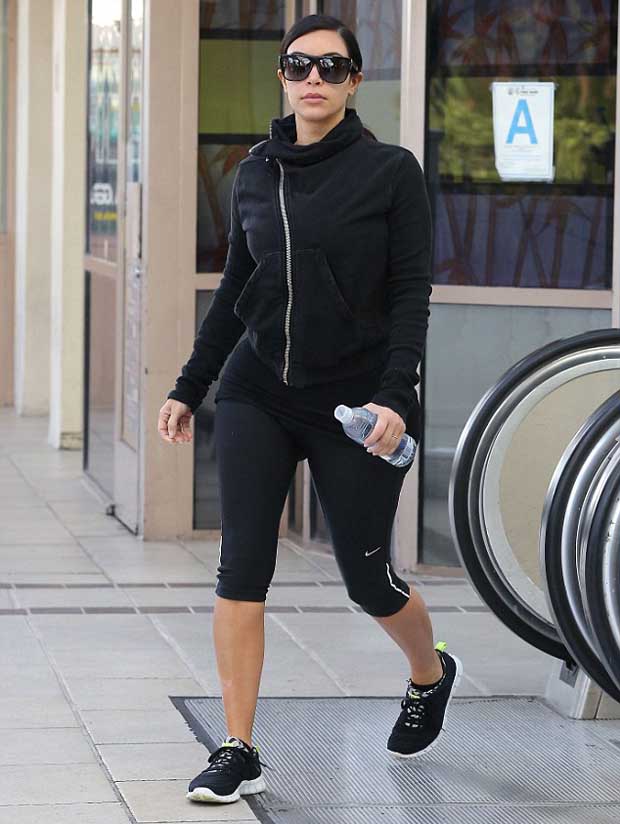 Long a devotee of the military style workout, the reality star showed she is obviously very committed to making sure she does every squat the instructor demands. Kim added a fashion version of a sweatshirt, which featured a high neck and a curved zip.
[contentblock id=2 img=adsense.png]

With her hair pulled perfectly back into a low ponytail, the star accessorised her look with a pair or matching black trainers and big oversize glasses. Despite the fact she was putting herself through a tough workout, Kim wore a full face of makeup that included a dusty pink rose lip.
[contentblock id=3 img=gcb.png] 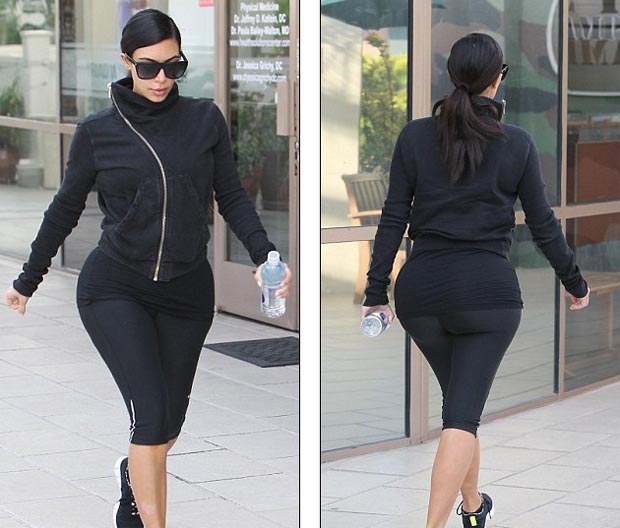 Just a day before her bootcamp, the wife of Kanye West revealed her secret to getting her waist back in shape post having a baby. Kim posted a picture of herself on Instagram wearing a girdle-like waist trainer. 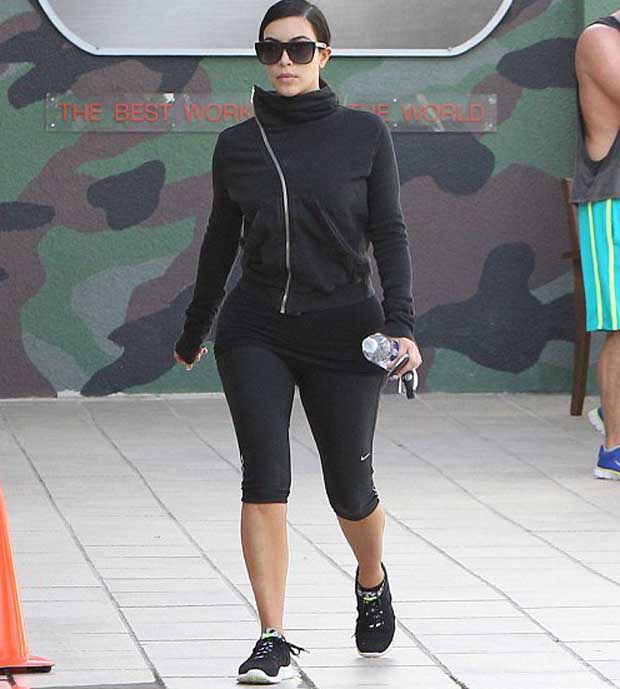 Last-Minute Halloween Costumes For All The Procrastinators