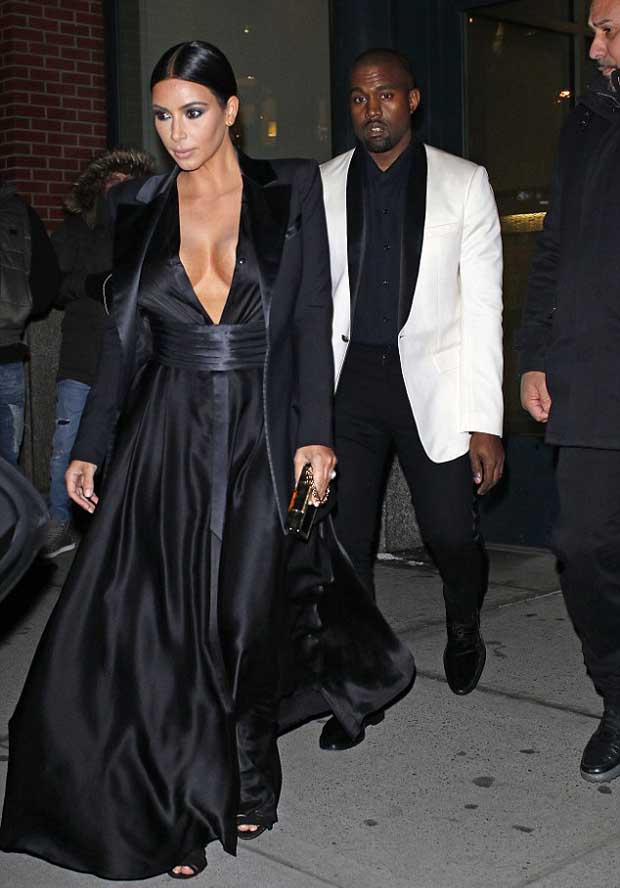 The 34-year-old took the plunge as she headed to dinner at Catch restaurant in the trendy Meatpacking District with husband Kanye West to celebrate John Legend’s birthday. Kim made quite the dramatic exit as she emerged wearing a black tuxedo jacket over the black satin gown which had a neckline that left her front overexposed to the elements. Her chic flowing frock went down to the floor and was teamed with a pair of strappy open toe stiletto heels and a small square clutch. The Keeping Up With The Kardashians star had her raven locks parted down the middle and pulled tightly into a sleek ponytail, with bronze makeup blended perfectly on her flawless skin, smokey eyes and a shimmering pale lipstick. 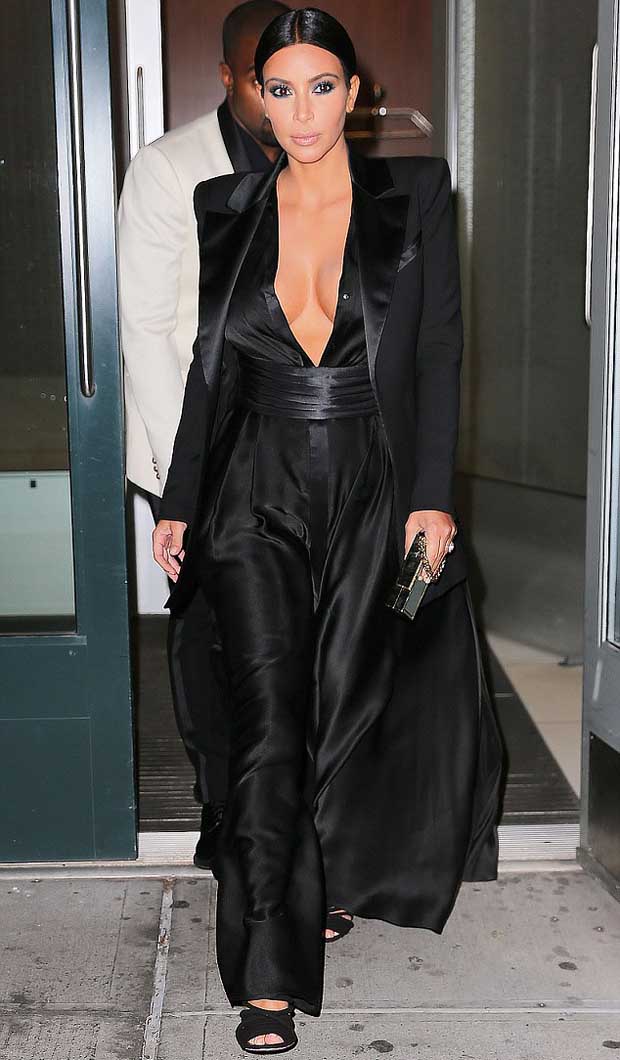 Kanye kept it just as formal dressed in a white tuxedo jacket with a black lapel trim, black shirt, black tuxedo pants and leather lace-up shoes. He seemed in awe of his wife’s beauty as he made sure to walk behind the reality diva as they negotiated the sidewalk past the slew of photographers waiting outside. 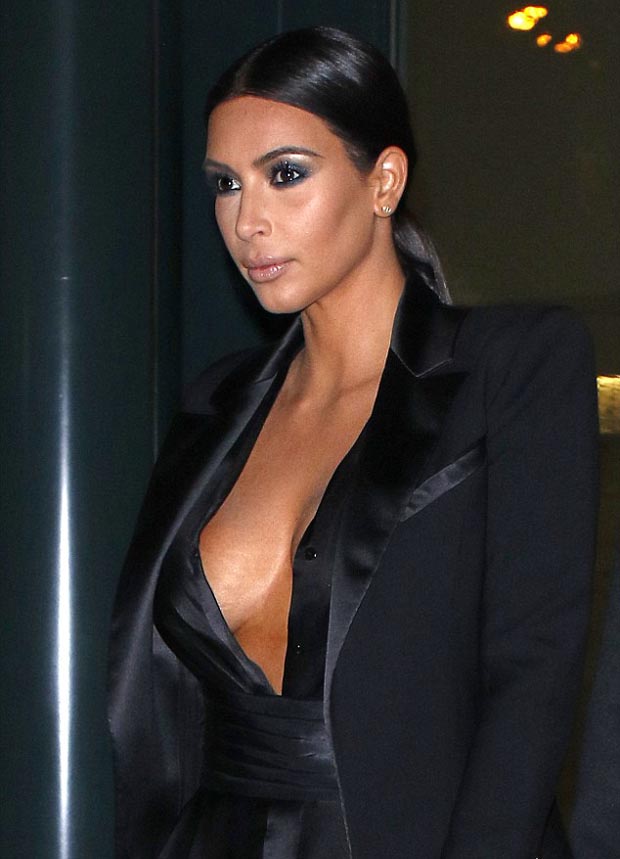 The 37-year-old was quite the gentleman has he helped Kim maneuver the cobblestone streets in her unforgiving heels and later held her hand as they entered the eatery. The style conscious couple arrived in New York on Wednesday and have been met with bone-chilling weather ever since with highs only reaching 19 degrees Fahrenheit. On Tuesday, Kim took to Twitter to tell her fans she’d had a sleepless night envisioning all the lavish ensembles she’d be wearing over the next 12 months. She wrote: ‘Up all night redoing my whole wardrobe with Kanye…..I’m so ready for new looks for the New Year! New 2015 vision.’ 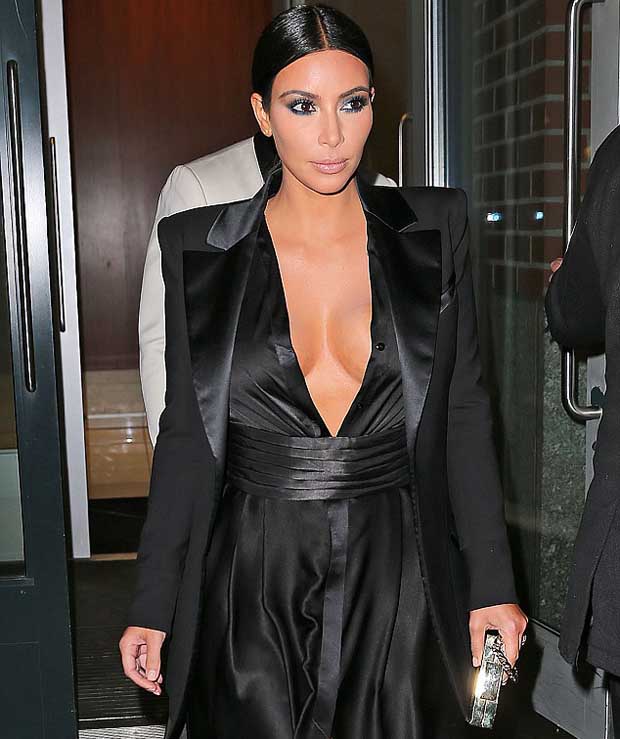