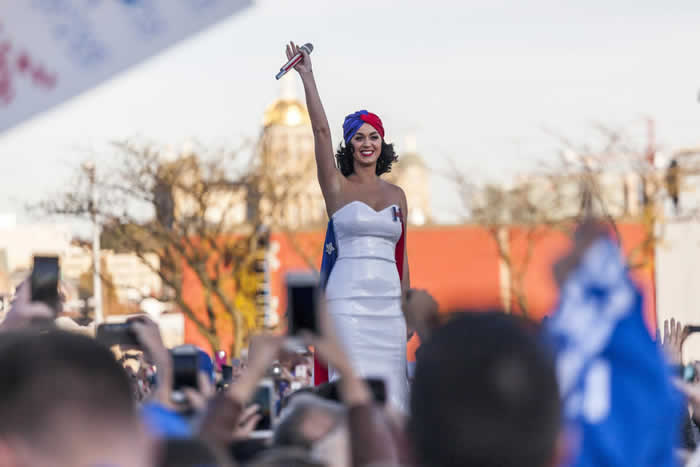 Katy Perry has been named the highest earning female musician for 2015 with $135 million, while Taylor Swift came in second with $80 million.

The 31-year-old star has topped Forbes’ list, jumping up from fifth position last year having earned $135 million during her 151-date ‘Prismatic World Tour’ which grossed approximately $2 million per night.

Speaking about her position as a successful star earlier this year, she said: ”I am proud of my position as a boss, as a person that runs my own company. ”I’m an entrepreneur… I don’t want to shy away from it. I actually want to kind of grab it by its balls.”

As well as ticket sales, she has continued to make money from her successful albums such as 2013’s ‘Prism’ and reportedly made $20 per person at each show during her recent world tour.

Other earnings have resulted from the launch of several scents and endorsement deals with Claire’s, Coty and Covergirl. And the whopping sum knocked her rival Taylor Swift into second place, as she made $80 million over the same period.

Elsewhere on the list, Fleet wood Mac came in third following a string of headline festival slots and an extensive tour, while Lady Gaga came in fourth. Beyoncé – who was the top earner in 2014 – dropped to fifth with earnings of $54.5 million.