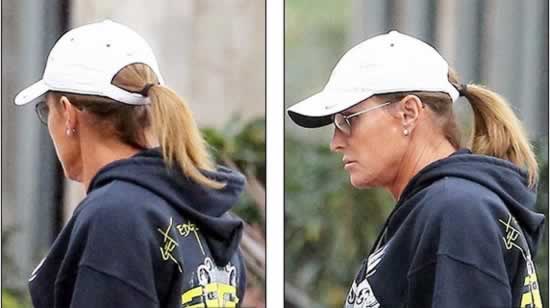 Bruce Jenner shows off gorgeous ponytail, new manicure and diamond earrings for grocery errand. He’s known for being meticulous about his hair. And at 65 years old Bruce Jenner is in possession of thick and luxurious locks that would be the envy of someone half his age. 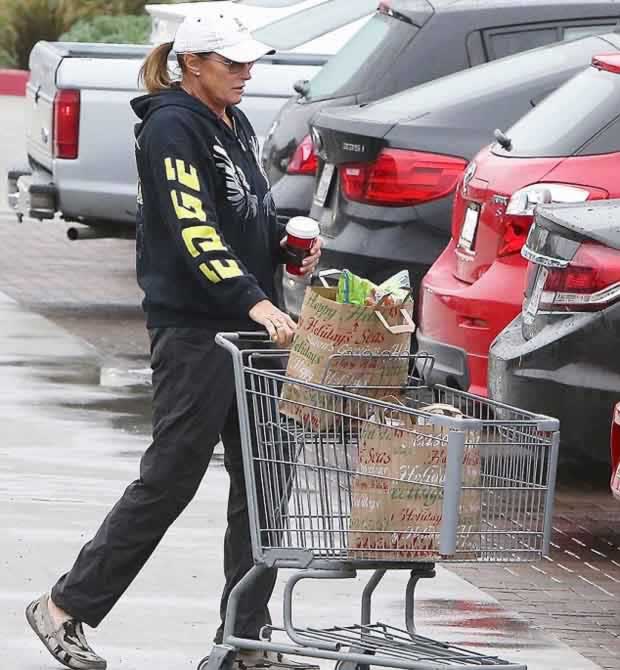 On Wednesday the former Olympic athlete put his mane on display as he pulled his hair back into a luscious ponytail while shopping in grey and rainy Malibu, California. Bruce also sported some diamond earrings, what looked to be a French manicure, and athletic clothing for the outing. 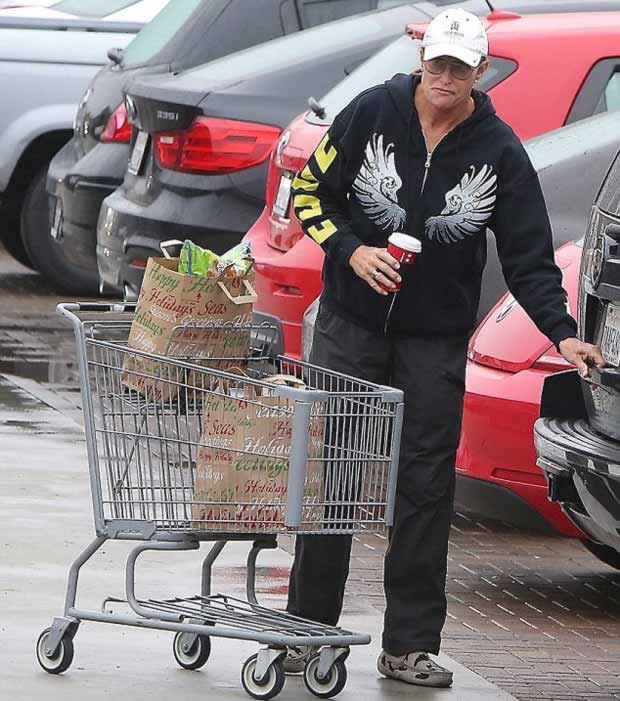 Wearing his ever-present golfing cap and aviator sunglasses, the reality star pushed a shopping cart with grocery bags filled with supplies, including some corn chips. The former decathlete also grabbed a cup of coffee from Starbucks during the errand and sipped on the warm drink as he packed his car. 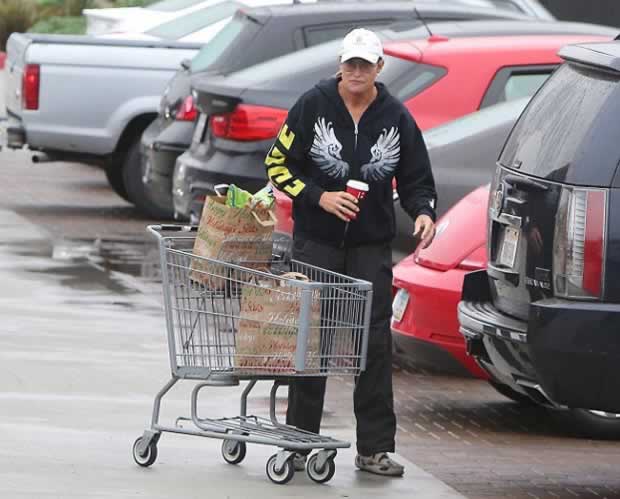 Meanwhile, two weeks ago Bruce was all about public displays of affection as he was spotted hugging his rumoured girlfriend Ronda Kamihira. While they’ve haven’t been seen out together much, the duo cuddled up to each other after catching a performance of the hit musical Kinky Boots at the Pantages Theater in Hollywood.

Bruce and Ronda have have not been seen together since attending an Elton John concert in early October. 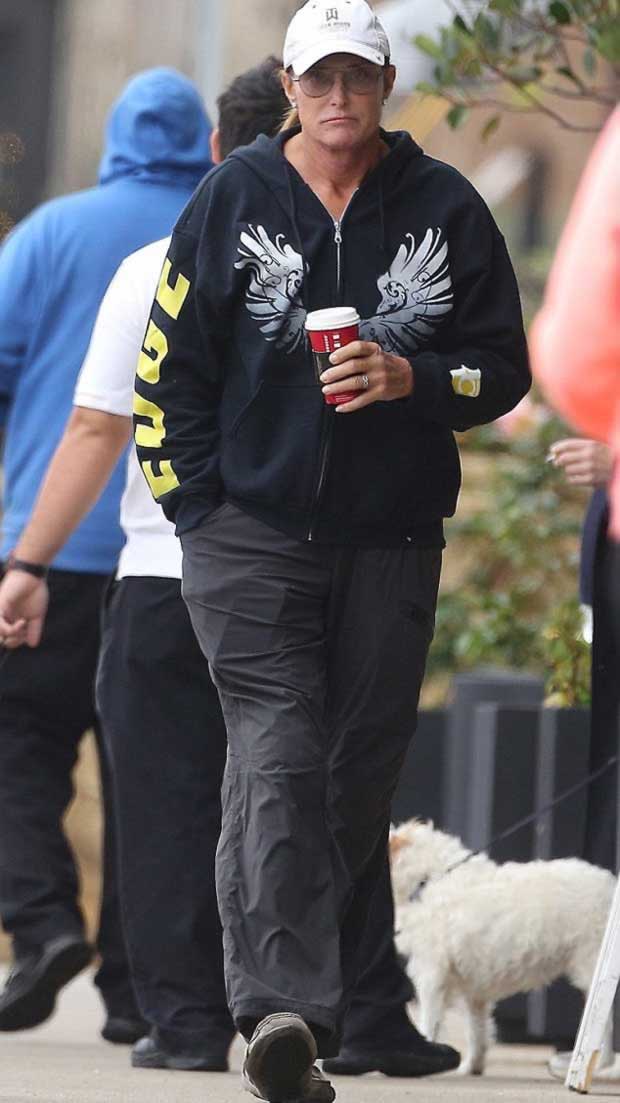 And a recent report alleged that Kris Jenner had actually created their romance as a storyline for Keeping Up With The Kardashians. ‘It’s purely false that they are seriously dating!’ an insider told Radar Online. ‘Bruce suspects that the false rumours are coming from Kris’ camp, and knows it’s being used for the upcoming season of KUWTK.’

According to the Radar report, Bruce had become ‘suspicious’ of Kris’s behaviour in the wake of the dating rumours. ‘During recent filming with Kris, the two argued about Bruce spending time with Ronda,’ the insider added. ‘It came out of nowhere, and Bruce immediately realized he had been set up.’