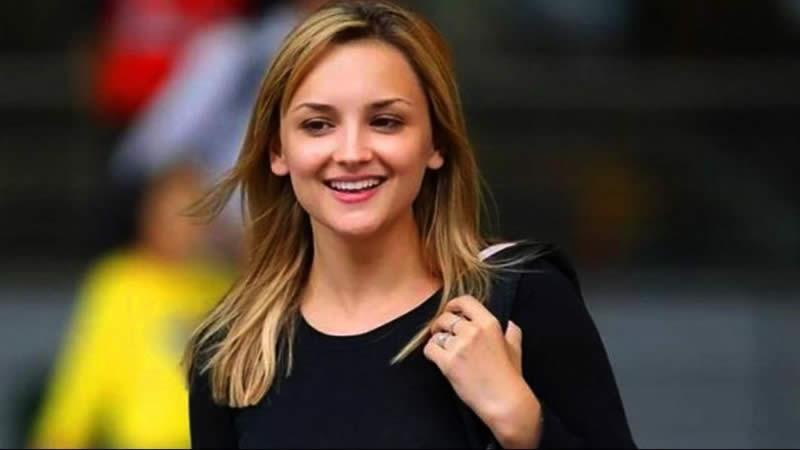 Phoebe Gates, the daughter of Bill and Melinda Gates, shared some behind-the-scenes photos of her makeup prep for her sister Jennifer Gates’ wedding on Saturday.

Jennifer’s 19-year-old younger sister posted a pair of photos on her Instagram Story on Sunday showing her sitting in the makeup chair getting ready for Saturday’s lavish wedding.

The first photo shows her from behind, sporting a high ponytail created with hair extensions. The chair she was seated in appeared to be custom-made for the event since it had her sister’s new initials “JN.”

The second photo appeared to be a selfie Phoebe took outside, likely at the farm where the wedding was held in North Salem, New York, showing off her makeup.

Jennifer’s parents, Bill, 65, and Melinda Gates, 57, and her brother Rory, 22, were also present. Bill and Melinda announced their divorce after 27 years of marriage two months before the wedding. In early August, their divorce was finalized.

Jennifer, 30, and Nayel, 30, met on the renowned show-jumping circuit and got engaged in January 2020. Jennifer announced the news on Instagram with a photo of the two of them on a ski holiday at the time. “Nayel Nassar, you are one of a kind,” she wrote.

“Absolutely swept me off my feet this past weekend, surprising me in the most meaningful location over one of our many shared passions. I can’t wait to spend the rest of our lives learning, growing, laughing, and loving together. Yes a million times over,” Jennifer gushed.

Nayel was equally happy at the thought of spending forever with the Microsoft founder’s daughter. In his post announcing their engagement, he wrote, “SHE SAID YES!! I’m feeling like the luckiest (and happiest) man in the world right about now. Jenn, you are everything I could have possibly imagined …and so much more. I can’t wait to keep growing together through this journey called life, and I simply can’t imagine mine without you anymore. Love you more than you can possibly imagine, and thank you for making every single day feel like a dream to me. Here’s to forever!”

The farm proved to be an appropriate setting for a couple of horseback riders. Nayel represented Egypt at the Tokyo Olympics this summer. He also rides out of Evergate Stables, which has two facilities owned by the Gates family trust.

Jennifer, a medical student, is a talented equestrian who has participated in the Longines Global Champions Tour and the Global Champions League. She has competed in shows all over the U.S. and in Europe.