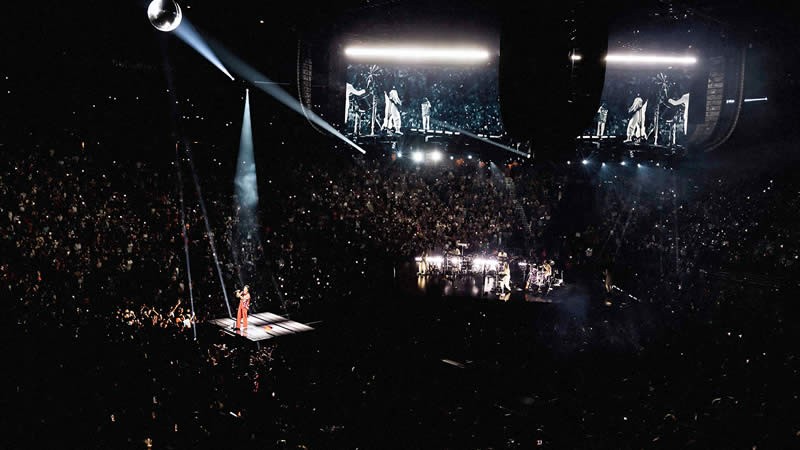 On the set of their film Don’t Worry Darling, the pair’s friendship “quickly turned romantic,” according to sources.

Olivia Wilde is showing her support for her man Harry Styles!

A concert goer informed E! News that the director of Don’t Worry Darling, 37, appeared to be having a wonderful time at the “Watermelon Sugar” singer’s concert on Saturday as he kicked off his Love on Tour show in Las Vegas.

“She was so happy and dancing all night!” the eyewitness told the outlet. “It was very cute. She was singing along to almost every song and having a good time with the people she was with.”

Rumors of a romance between the two began in early 2021, while they were in Los Angeles working together on Don’t Worry Darling. After being seen holding hands at a wedding, a source told PEOPLE in January that the couple had “dated for a few weeks.”

Sources also previously said Wilde struck up a close friendship with the One Direction alum, 27, last fall. As they spent time together on and offset, their friendship “quickly turned romantic,” said an insider, who added: “Their chemistry was very obvious.”

“Everyone saw it coming,” the source added. “During breaks, he’s hasn’t been able to stay away and visited her trailer.”

The two have been seen together several times over the last few months, however, neither has publicly confirmed their relationship.

Before the start of production on Don’t Worry Darling, Wilde revealed her excitement to Vogue about working with Styles on the film.

“[Costume designer Arianne Phillips] and I did a little victory dance when we heard that we officially had Harry in the film because we knew that he has a real appreciation for fashion and style,” she said of her and Phillips’s reaction. “And this movie is incredibly stylistic. It’s very heightened and opulent, and I’m really grateful that he is so enthusiastic about that element of the process — some actors just don’t care.”

“To me, he’s very modern,” said Wilde of Styles, “and I hope that this brand of confidence as a male that Harry has — truly devoid of any traces of toxic masculinity — is indicative of his generation and therefore the future of the world. I think he is in many ways championing that, spearheading that. It’s pretty powerful and kind of extraordinary to see someone in his position redefining what it can mean to be a man with confidence.”

College football TV Schedule and Times for the 2021 season