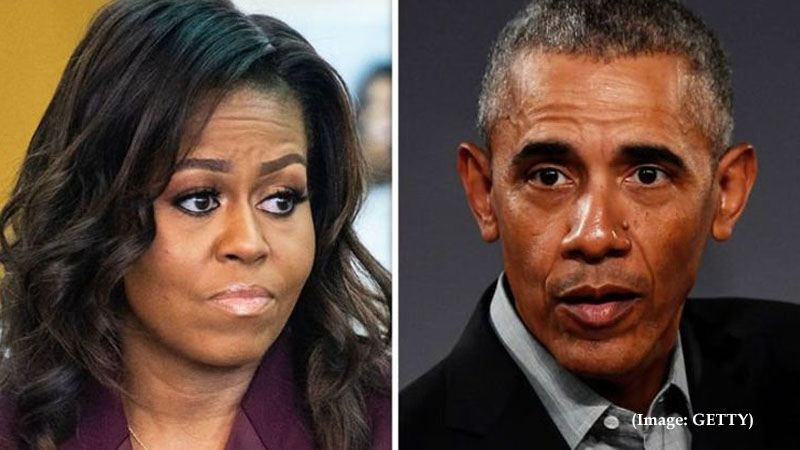 Michelle Obama is not happy with her husband living up with “young, trendy Hollywood stars.”

The former president’s wife didn’t like that he had caught the Hollywood bug. Michelle Obama is growing tired of Barack Obama living with “young, trendy Hollywood stars,” according to the Globe.

“Barack promised Michelle he’d come to Hollywood, but now she’s cringing because he’s strutting around like this power-crazed peacock,” an unnamed insider told the outlet.

“He’s on this lame mission to be cool with the showbiz crowd. Michelle’s embarrassed for them both and wishes he’d grow up and support her more with her career instead of cracking jokes, dropping names, and posting silly tweets,” the tipster continued. However, Michelle disapproved of Barack’s alleged changes and she is growing wearing with his new attitude.

“His star-studded 60th birthday back in August made his head even bigger,” the tipster continued. “Michelle’s patience is wearing thin.”

After investigating the report, Gossip Cop disproved it. While it’s true that Obama has interacted with a lot of well-known and powerful Hollywood personalities, the former president doesn’t need to mingle with the up-and-coming stars of Hollywood in order to be well-liked. 15 years prior, Barack’s political career had already reached its peak.

Additionally, it is not apparent from looking at their social media sites that they are going through a marital crisis. After leaving the White House, their marriage is thriving.

Michelle posted a whimsical photo of them wearing star-shaped eye decorations on Instagram on New Year’s Day to welcome 2022. The duo was seen in the picture wrapping their arms around each other and looking very beautiful.

“Happy New Year from me and my boo! Wishing you all a year filled with happiness, love, and good health,” she wrote in the caption.

Additionally, one should be suspicious of claims that Barack and Michelle have marital problems because different tabloids fabricate tales about their union. There is no truth to any of the rumors that they are getting a divorce or having problems with one another.

Keep checking back for more information about Barack and Michelle Obama.

Study Finds that Dietary fibre can help with skin allergies

World’s Most Expensive hotel Suite which Costs a Staggering £52,000 A NIGHT