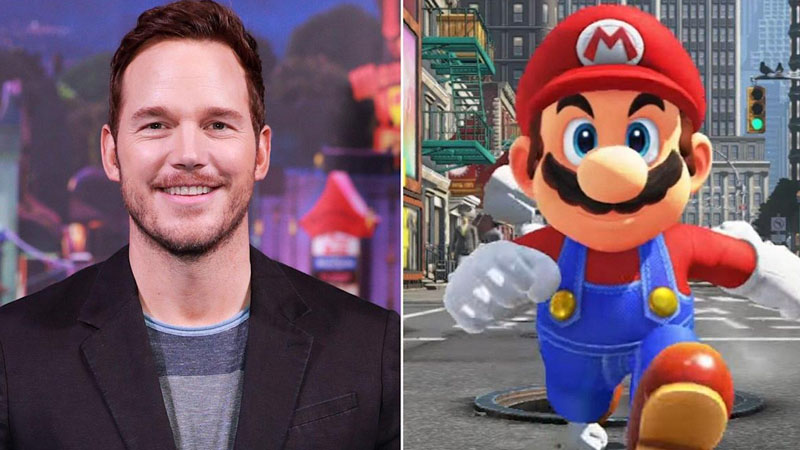 Chris Pratt will voice Mario in the next ‘Super Mario Bros’ film. In Nintendo’s upcoming film based on the famed video game series, the US actor will offer his vocals to the role of the iconic Italian plumber, and Charlie Day will play Mario’s brother Luigi.

Princess Peach will be played by Anya Taylor-Joy, and villain Bowser will be voiced by Jack Black. Seth Rogen will voice Donkey Kong, Keegan-Michael Key will voice Toad, Fred Armisen will voice Cranky Kong, Kevin Michael Richardson will voice Kamek, and Sebastian Maniscalco will voice Spike. The film will be directed by Aaron Horvath and Michael Jelenic, with a script written by Matthew Fogel.

Producer Chris Meledandri revealed the cast at streaming event Nintendo Direct and said: “Mario and Luigi are two of the most beloved heroes in all of the popular culture, and we are honored to have the unique opportunity to work so closely with Shigeru Miyamoto and the widely imaginative team at Nintendo to bring these characters to life in an animated movie, unlike any film animation has made to date.”

Fellow producer Shigeru Miyamoto added: “We are collaborating with Chris and his experienced team to not just create a character licensed to film, but a new piece of entertainment which brings Super Mario Bros. to life on the screen and allows everyone to enjoy whether or not they know about the game.

“The production so far is constructive and going very well, and both parties are learning a lot from each other. “We humbly ask that fans wait just a little longer for the premiere, and we hope they look forward to seeing the unique characters from Super Mario Bros. on the big screen.” Following the release of their own video game series on the Nintendo Entertainment System in 1985, Mario and Luigi became global icons.

As per Film-news, since the first ‘Super Mario’ game was released there have been countless sequels across all of Nintendo’s consoles that have required players to guide Mario on his mission to rescue Princess Peach.

In 1993, the video game was adapted into a live-action film starring John Leguizamo and Bob Hoskins. Critics criticized the film, and it flopped at the box office following its debut. Despite this, the film has since gained a cult following and a fan-made sequel comic was produced.