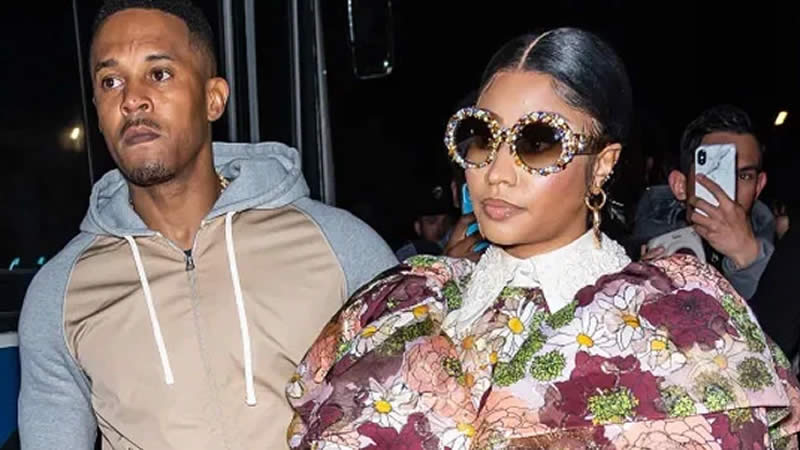 The rapper Nicki Minaj’s husband, Kenneth ‘Zoo’ Petty has entered a plea deal after failing to register as a sex offender in California.

Petty, 43, pleaded guilty on Thursday, September 9, during a virtual hearing with the U.S. District Court for the Central District of California, according to People.

His sentencing hearing is scheduled for January 24, 2022, and he faces up to 10 years in prison, with supervised release for the rest of his life after his prison stint.

Petty was convicted for the first-degree attempted rape of a 16-year-old girl in 1995 and was sentenced to serve between 18 and 54 months in prison. He served four years in prison and is considered a level two registered offender in New York, which classifies him as a ‘moderate risk’ to become a repeat offender.

In November 2019, he was pulled over in Beverly Hills, and the cops determined he was a registered sex offender in New York, though he has not registered in California, which he’s required by law to do when moving to a new state.

Petty was arrested in March 2020 for failing to register as a sex offender, which he plead not guilty to and posted a $100,000 bond.

Both Petty and Minaj, 38, were sued by his alleged rape victim, Jennifer Hough, 38, last month, where she accused the couple of intimidating him to recant her rape accusation.

Hough alleges that after Minaj and Petty started dating in 2015, they both tried to discredit her rape allegation.

Minaj and Hough allegedly had a phone conversation where Minaj allegedly offered to have a publicist put together a statement where she recanted her rape accusation.

After the call, Hough alleges people close to Minaj and Petty offered a member of her family $500,000 for her to recant her rape accusation.

The lawsuit also alleges that Minaj sent Hough’s childhood friend, known as Black, to offer her legal advice about how to retract her story, and give her $20,000.

‘Black pulled out a green-colored folder that had a document inside. This document was a written recanted statement prepared for Plaintiff to sign. Black then pulls twenty thousand dollars out of the armrest and places it on the Plaintiff’s lap,’ the lawsuit read.

‘Plaintiff took the money off her lap and placed it on the floor. Plaintiff could not believe that Defendant Minaj would go this far to bribe her,’ the suit adds.