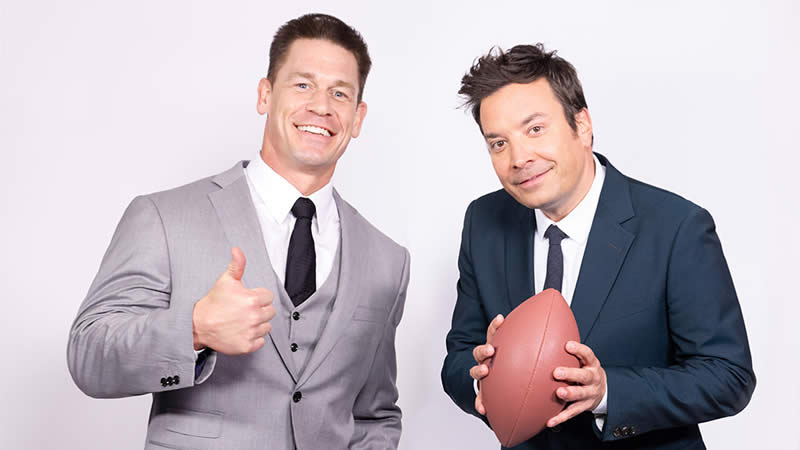 The NFL has returned, and Jimmy Fallon is kicking off the season with a goofy song.

The Buccaneers and Cowboys faced off in the first game of the NFL season on Thursday night.

The NFL regular season officially kicks off with the return of football as the Super Bowl champion Tampa Bay Buccaneers host the Dallas Cowboys. The highlight of this season are the full capacity stadiums.

We have waited a long time for the NFL to return. And when it does return on Thursday night, it’s with the defending champion Buccaneers with the most notable name in the NFL, Tom Brady, and a Cowboys team that gets more attention than any other NFL franchise.

The Tonight Show Starring Jimmy Fallon host held a flashlight beneath his face as The Roots played him a beat, the lights dimmed, and the audience clapped along.

Fallon began as, “The NFL is back again, Bucs vs. Cowboys for the win, Brady, Rogers, and Mahomes racking up those Super Bowls,” giving shoutouts to Tom Brady, Aaron Rodgers at Patrick Mahomes.

Mahomes and the Kansas City Chiefs won the Super Bowl in 2020, while Brady and the Tampa Bay Buccaneers won earlier this year. With the Green Bay Packers, Rodgers last won a trophy in 2011.

Fallon then took a moment to tease the Las Vegas team’s owner.

Fallon asked, “But what I want — no, what I need — is the answer to this question, please: so what’s up with Raiders owner Mark Davis’ haircut?”

The Tampa Bay Buccaneers won over the Texans during the preseason but lost to the Tennessee Titans and Cincinnati Bengals. Meanwhile, the Cowboys were defeated by the Texans, Steelers, Cardinals, and Jaguars.

John Cena and J Balvin, who both performed, were guests on Fallon’s show on Thursday night.