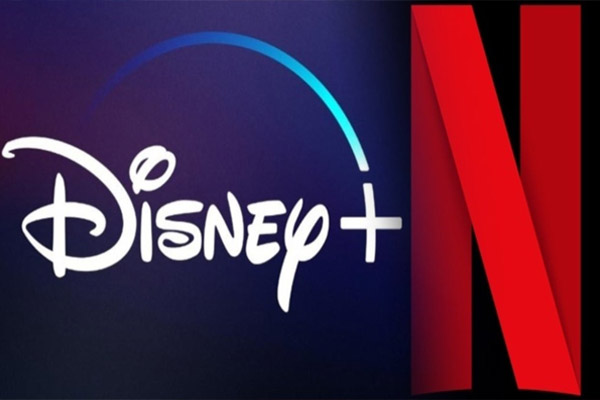 If you’re currently stuck inside and missing your buddies during these strange times, keep in mind that you can use this really genius Google Chrome extension called Netflix Party to watch Netflix with your whole squad — at a distance, of course. Not only does it queue up everyone’s streams so you can all watch the same show at the exact same time, but there’s also a chat panel on the side to keep everyone clued in.

In even better news, HBO has made hundreds of hours of top-quality content available for free — no subscription required. Just head over to HBONOW.com or HBOGO.com (or download their respective apps) to binge every episode of “The Sopranos,” “The Wire,” “Succession,” “True Blood” and five other iconic HBO series. You can also watch blockbusters new and old such as “Pokémon Detective Pikachu” and “Empire of the Sun,” and captivating docu-series including “McMillion$” and “The Case Against Adnan Syed.”

That said, let’s take a look at some of the best new stuff streaming on your favorite platforms this week.

You probably won’t want to use this psychological horror as a guidebook to surviving your own time stuck indoors this spring, but you’ll definitely relate to the characters teetering on the edge of sanity as they live and work alone on a remote and mysterious island in 1890s New England.

The film’s production studio touts it as a “hypnotic and hallucinatory tale,” but it’s also a bit of a dark comedy in away. As it pits Willem Dafoe (“Spider-Man”) against Robert Pattinson (“Good Time”) to see who should hold the title of King of Cabin Fever, the film garnered some award-worthy buzz when it was released in theatres last fall. It also features a “ferocious masturbation scene” that Pattinson apparently could not stop talking about throughout his press tours to promote the movie. Once again, maybe that one will hit a little too close to home for viewers these days, too. Stream it on Amazon Prime

This highly-anticipated, edge-of-your-seat action thriller based on the graphic novel “Ciudad” hits Netflix this Friday, April 23. Written and produced by the Russo Brothers of Marvel Cinematic Universe fame, it stars Chris Hemsworth (“Thor”) as Tyler Rake, a fearless mercenary-for-hire tasked with the most challenging — and potentially most deadly — mission of his storied career. In order to rescue the son of an imprisoned international crime lord, he must embark on a soul-searching race to survive the gritty underworld of drug traffickers and arms dealers in Bangladesh.

Based on the best-selling William Landay novel of the same name, this crime drama stars Chris Evans (“Captain America”) as an assistant district attorney caught between his unconditional love for his son and his duty to uphold the law. Jaeden Martell (“IT”), on the other hand, co-stars as the teenaged son accused of murdering his classmate.

Michelle Dockery (“Downton Abbey”), Pablo Schreiber (“The Wire”), Betty Gabriel (“Get Out”) and Sakina Jaffrey (“House of Cards”) round out the star-studded cast. The first three episodes of the eight-episode miniseries are now available to stream, with subsequent episodes rolling out each Friday through the end of May.
Stream it on Apple TV+

Too Hot to Handle

Surely, Netflix thought this was a hilarious concept at inception, but it hits a little different these socially-isolated days, doesn’t it? However, you do have it better than these poor, hot folks because they weren’t even allowed to keep their hands to themselves, if you catch our drift.

Kind of icky concept? For sure. But it’s a huge hit because, well, the cast is nice to look at and what else do most of us have to do these days? All eight episodes are now available for your binge-watching pleasure. Stream it on Netflix

Technically a spinoff of the horror-drama series “Penny Dreadful,” this new series is its own self-contained story, so no worries if you’ve never seen the original. However, if you’re looking for something to stream, all three seasons are readily available on Showtime.

As for “City of Angels,” it’s set in 1938 Los Angeles after a gruesome murder shakes the city to its core. Combining the nostalgia of old Hollywood with monsters both real and imagined, viewers follow along as two detectives — played by Daniel Zovatto (“It Follows”) and Nathan Lane (“The Producers”) — unravel social and political tensions, and the mysteries hidden behind the crime.

Natalie Dormer (“Game of Thrones”) also stars as a clever, persona-shifting demon, but it’s up to the detectives to find out if she’s a powerful enemy to be feared or an invaluable ally.

The series premiere airs Sunday, April 26 at 10 p.m. ET after the series finale of “Homeland.”

What Else Can I Watch While I’m Stuck at Home?

Beyond the shows, movies, documentaries and comedy specials on the “big five” of streaming services (Netflix, Hulu, Amazon Prime, HBO Now and Disney+), you can find a ton of other free content online right now, too. With the biggest hubs of culture, entertainment and tourism shutting down for the foreseeable future, many are providing online tours so you can check them out from the comfort of your own couch.

Pro Tip: They can also be really fun and educational for any pint-sized coworkers you may have recently acquired since schools have closed up shop. And if that’s the case, you’ll also want to check out IMDb Home School, a round-up of educational content that won’t bore you or your kids to tears.

With a simple click, you can broaden your horizons and take a little field trip to London’s British Museum to tour the history of the world, including the Rosetta Stone, ancient mummies and tools used by our Paleolithic ancestors. Next, head to New York to explore all of the art of the Guggenheim Museum with Google’s virtual tours, or inject a little culture into your current couch-sitting sessions with the Metropolitan Opera’s free nightly streams. Check out the full schedule of performances here.

If your music tastes lean a bit more modern, head over to Global Citizen’s Instagram for details about “Together At Home,” the free concert series from music’s top artists. Recent participants included John Legend, Hozier, Gavin Rossdale and Chris Martin of Coldplay. The Montreux Jazz Festival has also released more than 50 full sets — completely free to stream — from a long list of artists that run the gamut from Johnny Cash to Wu-Tang Clan.

But, if you’re really missing the outdoors (or have had to cancel your upcoming vacation), do some socially-distant traveling instead with nearly a hundred different live-streaming cams on Explore.org. It’s a big world out there, and we’re fortunate that we can still see a whole lot of it while we’re holed up at home for the safety of ourselves and others.That said, here’s to staying happy, healthy, sane and — perhaps most importantly — entertained until we can get back to normal!

How to Move In Style with Leather Bag