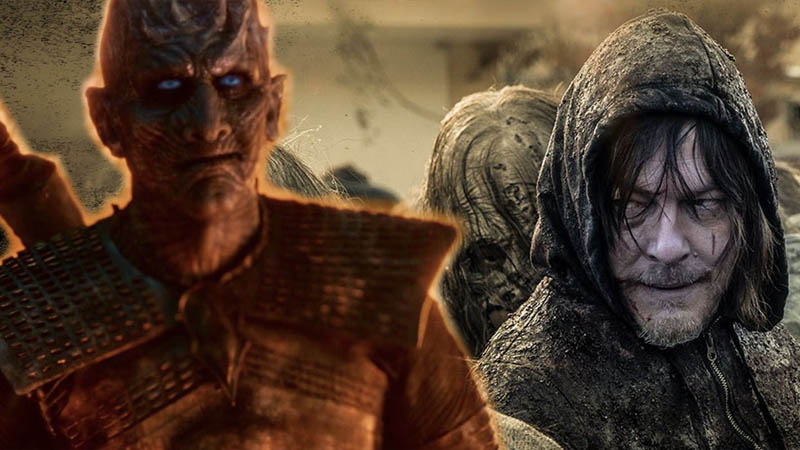 The wait will be worth it. That seems to be the message from cast and crew about the still unseen season 10 finale of The Walking Dead.

Even though they wrapped filming back in November 2019, the AMC drama was unable to finish complicated post-production special effects on its season finale. That means the season ender that was originally intended to air on April 12 remains in scheduling limbo.

Whenever it does air, the finale promises to play out on a grand scale. “We will see more of the epic conflict we’ve been witnessing all season,” teased showrunner Angela Kang. “It’s going to be a big massive episode,” Jeffrey Dean Morgan told EW of the delayed season ender, while episode director Greg Nicotero added, “It’s a really amazing episode. I love the way episode 15 ends where you see Beta bringing the herd to the tower where everybody is holed up. There’s a lot teed up, so to speak.”

Indeed, the last shot we saw in the penultimate episode was Beta leading his horde of walkers and Whisperers straight to an abandoned hospital where our heroes are hiding. And if there was any doubt that a confrontation is on the horizon, Norman Reedus is here to erase it. “It’s going to be an epic battle,” promises Reedus. “It’s like a full-on Game of Thrones super war battle.”

Reedus says episode 16 is one that taxed not only the characters but the actors who play them, as well as the crew. “It was a lot of fun to shoot,” he notes, “but we really pushed the crew and pushed the actors on that one. Everyone really had to dig deep because… talk about exhausting episodes! There were huge battle scenes until the wee hours of the morning consistently, and it looks so grand on an epic scale. Those battle scenes are going to be legendary.”

This isn’t the first time the cast and crew have been pushed to the brink on The Walking Dead. “They really stick it to us on that show,” says Reedus. “But it always pays off. This show will go down in history. And I feel like every time we get to a finale or even a mid-season finale, we could be in over our heads, but there’s a confidence there and everybody really brings it.