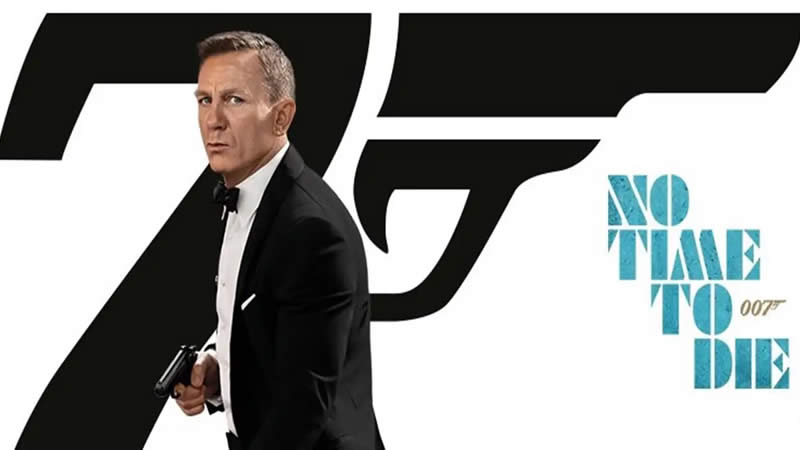 Diamonds may last forever, but the license to kill has always come with an expiration date. Although Daniel Craig has outlasted Pierce Brosnan (four), Timothy Dalton (two), and George Lazenby, he does not have the longest hold on James Bond. That honor is shared by Sean Connery and Roger Moore, who each have seven installments.

Much has been made of the fact that No Time to Die, which will be released this Friday after over two years of pandemic delays, will be Craig’s fifth and final turn in the everlasting tuxedo before the torch is passed to someone unknown in the future.

And Die has all of the franchise’s hallmarks: exotic locations, spectacular set pieces, a crazed villain with a dastardly and improbably complicated plan that only one super-agent in the world can undo.

Amid the smashed martini glasses and gun smoke, something less familiar lingers in the air: a very un-Bondian stench of mortality. Imagine a James who is shaken, not stirred, by the realization of his own impermanence — and even irrelevance.

Is it possible that 007’s number has finally been called? In fact, it’s already been reassigned after his voluntary retirement to a young Black woman, no less, played with brisk, brash style by newcomer Lashana Lynch but there would not be much of a movie if something did not pull James out of his post-MI6 life of al fresco showers and sport fishing in some remote Jamaican paradise and back to the business of her Majesty’s secret service.

After several sublime opening scenes with his lady love du jour Dr. Madeleine Swann (Léa Seydoux) and a swarm of disposable henchmen, the cause has something to do with the return of Spectre villain Ernst Blofeld (Christoph Waltz) and a stolen biological weapon whose potential effect on the human race would be cataclysmic, to say the least.

It arrives at the request of James’ old friend, CIA field officer Felix Leiter (Jeffrey Wright), but quickly returns to the old London crew: Ralph Fiennes’ fussy M, Naomie Harris’ ever-capable Moneypenny, and Ben Whishaw’s Q, the charming techie with the soul of a poet and the brain of an MIT source code.

There are also some new faces: In a too-brief interlude set in Cuba, Knives Out star Ana de Armas appears as a newbie agent, all champagne bubbles and starlet allure; Billy Magnussen (Made for Love) appears as a CIA recruit with an apple-pie smile and a shameless fanboy crush on James.

And then there’s Rami Malek’s Lyutsifer Safin, a pale, pocked wraith whose spooky facial scarring telegraphs some horrible damage he no sure means to repay ten-fold.

Director Cary Joji Fukunaga (True Detective, Beasts of No Nation) is a newcomer to the Bond franchise, and he shares scripting credit with not just Neal Purvis and Robert Wade, who have a combined seven Bond films under their belts, but also Phoebe Waller-Bridge, the creator of Fleabag.

Her wit, or what appears to be it, fizzes through the first half, bursting out in unexpected places like the old-timey lines about craps tables and cigars.

Even though the women on film are all unusually beautiful, they read more like full-blooded human beings than scenery here, and James treats them as such. For the first hour, at least, the series feels resurrected: still full of the obligatory international intrigue and fancy devices that give Bond his sparkling swagger, but now dragged into a distinctly modern era.

As per EW, nothing gold (finger) can last, alas; as the film nears the end of its second hour and enters the third, battle fatigue and a vaguer form of ennui set in. Malek’s disturbing stillness is largely squandered on a standard-issue tale, with too little room to explain or justify the monster he’s become.

He’s always superb at playing the part of a man who fell to earth and can’t wait to return back to where he came from. His plan to immobilize humanity through DNA sequencing is similarly undercooked, a jumble of jargon and double helixes that makes just enough sense to get the job done but no more.

The humor of the first half is quickly forgotten, and the film’s length — just under 165 minutes — dilutes the intended emotional resonance of the last scenes; Never Say Time would have been a better title. Still, in the tradition of Bond swan songs, it’s a heartfelt farewell, faithfully linking the old and new worlds until the last, deathless postscript.