The handsome Belgian Malinois who plays the title character in Max (with the help of a few trusty stunt doubles) is an action star par excellence. He’s also the only involving character in this blunt instrument of a family drama.

The canine trouper fares best not just because of that expressive face and athletic body, but because he’s spared the embarrassment of speaking the hokey dialogue. 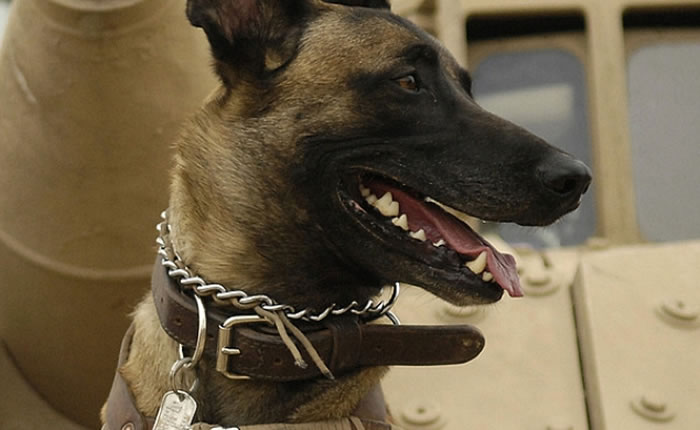 Emotional nuance never has been the forte of director Boaz Yakin (Remember the Titans) or his co-scripter, Sheldon Lettich (Rambo III), but here even the broad-stroke storytelling falls short of its intended impact — not helped by the desperate bombast of Trevor Rabin’s score. The tale of a war-traumatized military working dog, or MWD, who helps a teen boy and his family overcome their own war-related grief, Max puts a YA slant on an intriguing setup. But the screenplay muddles its emotional core with a clunky cross between old-fashioned Hardy Boys mystery and a far-fetched weapons-trafficking subplot.

Families who have already seen Inside Out might be enticed, along with moviegoers who are eager to root for a heroic hound and are not put off by the military angle. Though the movie’s good guys and bad guys couldn’t be more clearly drawn, that military angle is far from flag-wavingly simplistic (though not exactly complex), with Yakin and Lettich foregrounding PTSD and other devastating effects of frontline battle. 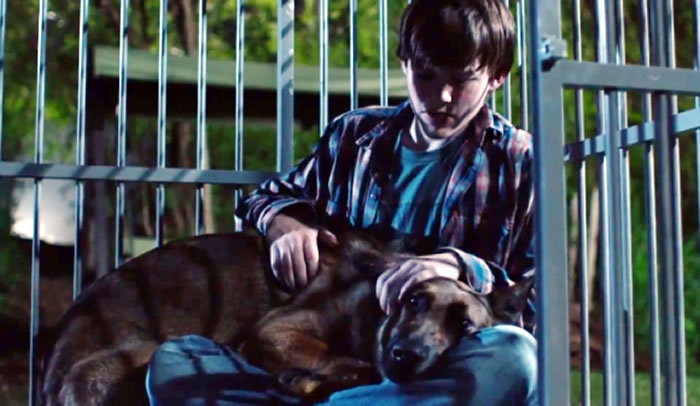 Max’s post-traumatic stress makes him unable to work with anyone else after his Marine handler, Kyle Wincott (Robbie Amell), is killed in Afghanistan. The sight of Max running to Kyle’s coffin is wrenching.  Soon after the funeral, the Wincotts are alerted that Max will be put down, so they decide to adopt him. The decision is spearheaded by mom Pamela (Lauren Graham, lending leavening warmth), who declares, in one of the film’s more effective lines, that “this family takes care of its own.”

Dad Ray, an injured Iraq vet played with overdone rigidity by Thomas Haden Church, comes to blame the dog for his son’s death, upping the friction between him and his younger son, Justin (Josh Wiggins ofHellion), who becomes Max’s caretaker. With training tips from tough-talking tomboy Carmen (Mia Xitlali) that are drawn straight from theCesar Millan playbook, Justin puts aside his video-game bootlegging enterprise and learns to handle Max and understand him. He discovers, too, that the dog growls around Kyle’s friend and fellow Marine Tyler (Luke Kleintank) for a reason.

Having telegraphed Tyler’s bad-apple status from the get-go, Yakin draws a widening circle of hard-to-buy connections involving the discharged Marine, local gang leader Emilio (Joseph Julian Soria), a crooked cop (Owen Harn), a Mexican cartel and, farther afield, the Taliban. The baddies naturally include a couple of Rottweilers, and there’s some impressive dog-on-dog action as Max assists de-facto detectives Justin, Carmen and her cousin Chuy (Dejon LaQuake) — without having to partake in their “comic” exchanges.

Animal coordinator Mark Forbes has drawn commendable performances from the dogs, and the stunt sequences, both canine and human, are staged effectively and are shot well by Stefan Czapsky. But they never really matter. And the teens’ hangout, a DIY bike park in the woods that’s a nice element of Kalina Ivanov’s production design, isn’t quite enough to explain Justin’s daring two-wheeled maneuvers.  Though the lead performance would do Lassie and Rin Tin Tin proud, Max‘s increasingly ludicrous, cliche-packed plot generates not an ounce of suspense. 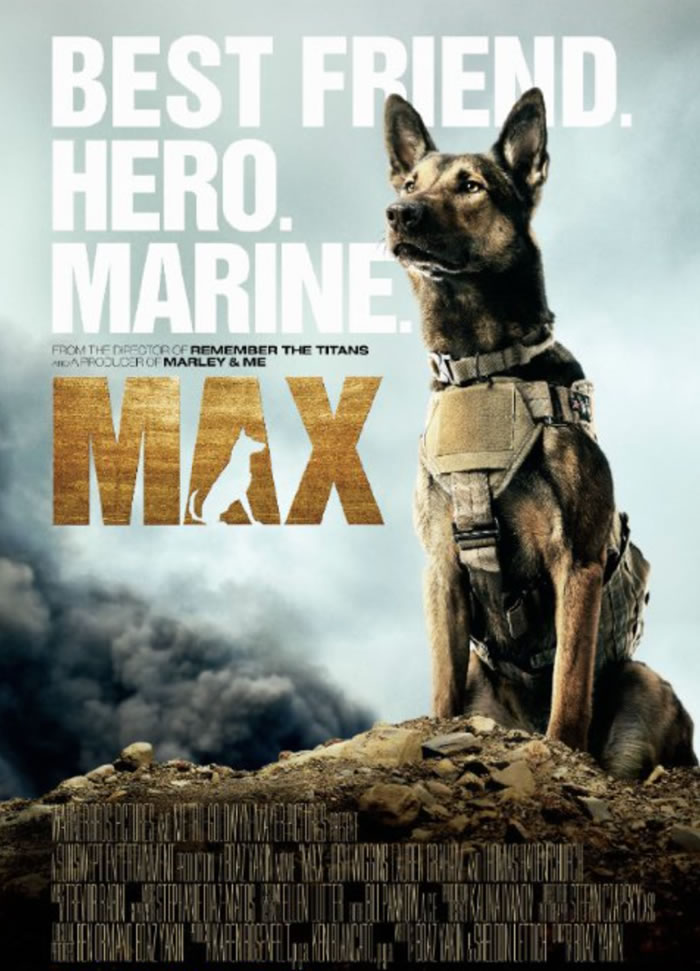