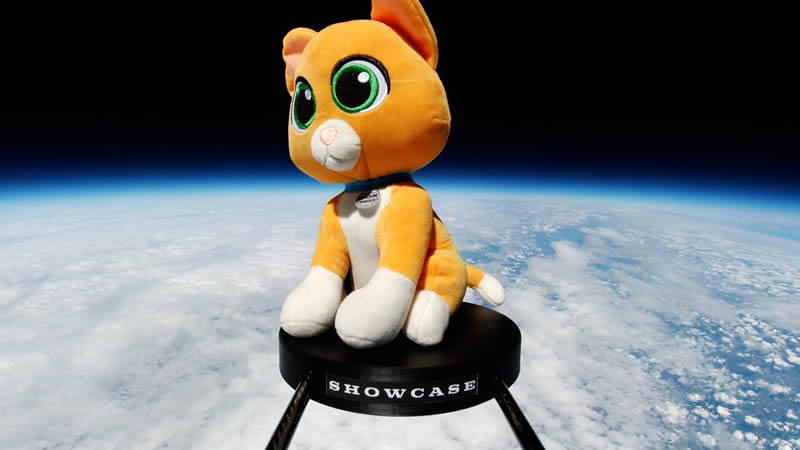 Sox successfully parachuted back to Earth after a successful mission to “infinity and beyond.” They arrived at the Lincolnshire town of Spalding.

A Lightyear plush toy has been launched into space from the Peak District.

Sox, Buzz Lightyear’s toy robot cat, has returned to Lincolnshire after traveling beyond the Earth’s atmosphere.

The stunt was staged by Showcase Cinemas to commemorate the premiere of Pixar and Disney’s new animated flicks. Manchester Evening News reports on the “Lightyear” film.

What appeared to be an inflatable propelled balloon pushed Sox into space. He flew through the atmosphere at speeds of up to 250 miles per hour.

The item was captured in stunning 4k detail at a height of roughly 130,000 feet above the Earth. The flight was a success for the Sox. Landed in Spalding after parachuting back to Earth (Lincolnshire).

“Lightyear,” a Toy Story spin-off film The film, which stars Chris Evans as Buzz Lightyear and James Brolin as Emperor Zurg, was released on June 17 and includes a star-studded voice cast. Featheringhamstan is played by Bill Hader.

Mark Barlow, UK General Manager for Showcase Cinemas, stated: “The new Lightyear film promises to be a favourite this year, following the iconic character that has become much-loved by families across the world.

“To celebrate this, we wanted to do something ‘out of this world’, so what better way than sending the toy version of Sox to infinity and beyond? We can’t wait to welcome visitors to our cinemas to see one of our favourite animated characters of all time back on the big screen, in his very own origin story”.

The spacefaring Sox toys are now up for grabs, and more information on how to enter can be found on the Showcase Cinemas UK facebook page.

After witnessing a black cat “as large as a Great Dane” in the UK, a woman is “quite afraid.”