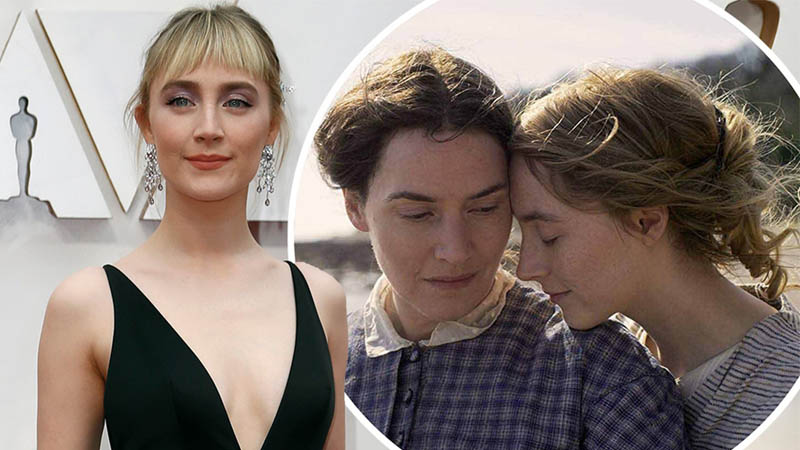 Ammonite” is only the director Francis Lee’s second feature, yet already he’s developing a strong visual signature, at once eloquent and elemental. His smashing 2017 debut, “God’s Own Country,” which followed the searing connection between a gay sheep farmer and a migrant worker, has clear parallels with the new film. Both focus on dampened souls set ablaze by unlikely passion; both unfold in harsh, punishing landscapes; both fiercely acknowledge gender and class; and both feature sudden blooms of panting, explicit eroticism.

Dipping into another tale of forbidden love in a forbidding place, “Ammonite,” set in 1840s England, finds the real-life pioneering paleontologist, Mary Anning (Kate Winslet), tirelessly searching for fossils along the blustery Dorset coastline. Renowned among male peers who regularly steal credit for her finds, an impoverished Mary now sells them to tourists to support her sickly mother (Gemma Jones). Molded by years of struggle and resentment, her manner and features have settled into a stern resignation.

The metaphor all but bites you on the nose: As hardened and inscrutable as the fossils she fusses over, Mary desperately needs someone to winkle her out of her stony casing. Enter Charlotte (Saoirse Ronan), dainty and beautiful and fragile with grief over a recent tragedy. And when Charlotte’s wealthy husband (James McArdle) pays Mary to keep an eye on his wilting wife while he gads about Europe, the scene is set for the kind of flinty romance that viewers of Lee’s earlier film might expect.

That’s pretty much it for the plot. Hopeful and former lovers — an older neighbor, played by the great Fiona Shaw, and Alec Secareanu as a charming young doctor — circle Mary and add texture to the simple story. And with his narrative flame on low, Lee moves his location onto center stage: The cruelly pebbled beaches and roiling ocean, battering winds and icy mud lend a wild and unpredictable momentum that offsets the movie’s occasional listlessness.