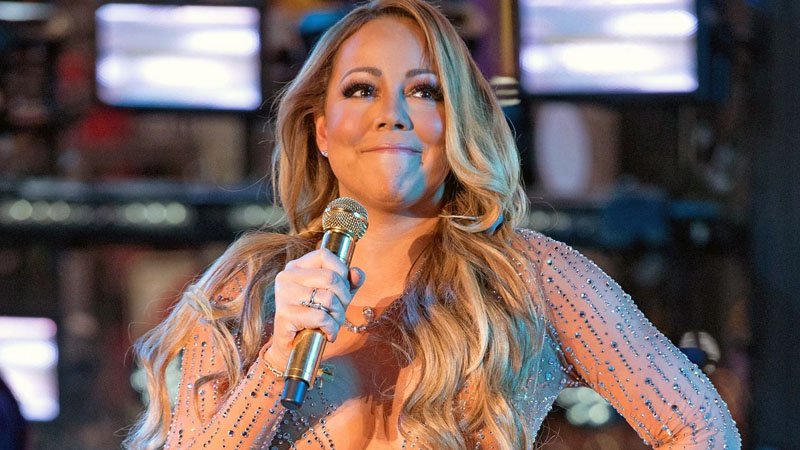 Mariah Carey says her depressing childhood inspires her to go “all the way” for Christmas every year.

Mariah Carey has spoken out about her “depressing” childhood memories, revealing that she makes Christmas the most special time of the year to make up for the awful holidays she has had in the past.

The “Queen of Christmas” told ET’s Kevin Frazier that she goes all out every Christmas to make up for the traumatic Christmases she experienced as a child.

“I talk about how when I was a little kid, growing up with no money, growing up being mixed, not understanding, having identity issues, and then going through my career and the different things that have happened, that I never even talked about to even some of my best friends,” Carey said as she discussed her memoir, “The Meaning of Mariah Carey,” which will be released in 2020.

She went on to say, “When I wrote about Christmas, I thought to myself, ‘Oh wait, I don’t want to depress people,’ because it looked like awful events had occurred. But it was for this reason that it inspired me to go all out every year at Christmas. I just want the best for my kids, and to be honest, a lot of it is for me.”

The “Fantasy” singer said that “All I Want For Christmas Is You” was the first Christmas song she ever penned, back in 1994. The song is presently ranked No. 36 on Billboard’s Hot 100 for the week ending November 27. In the MRC data tracking week of November 12 to 18, the popular song had 11.2 million US streams, 8.2 million radio airplay, and 2,700 units sold.

“‘OK, why don’t you do a Christmas record,’ the label said when I penned ‘All I Want for Christmas Is You.’ ‘Really, now?’ I think to myself. As an example, the second record, two albums in, “she stated

“And I was like, ‘Well, I really love the holidays, let me try,’” she told the site in an interview. “So, ‘All I Want for Christmas Is You is the first Christmas song I ever wrote, and then I worked on it with Walter A, my then-writing partner, and we just wanted to make it seem like a modern classic,” she says.

The 51-year-old Grammy winner will star in “Mariah’s Christmas: The Magic Continues,” an upcoming Apple TV+ special starring Tiffany Haddish, Billy Eichner, Ariana Grande, Jennifer Hudson, and gospel artist Kirk Franklin and Khalid, with whom she collaborated on her album.