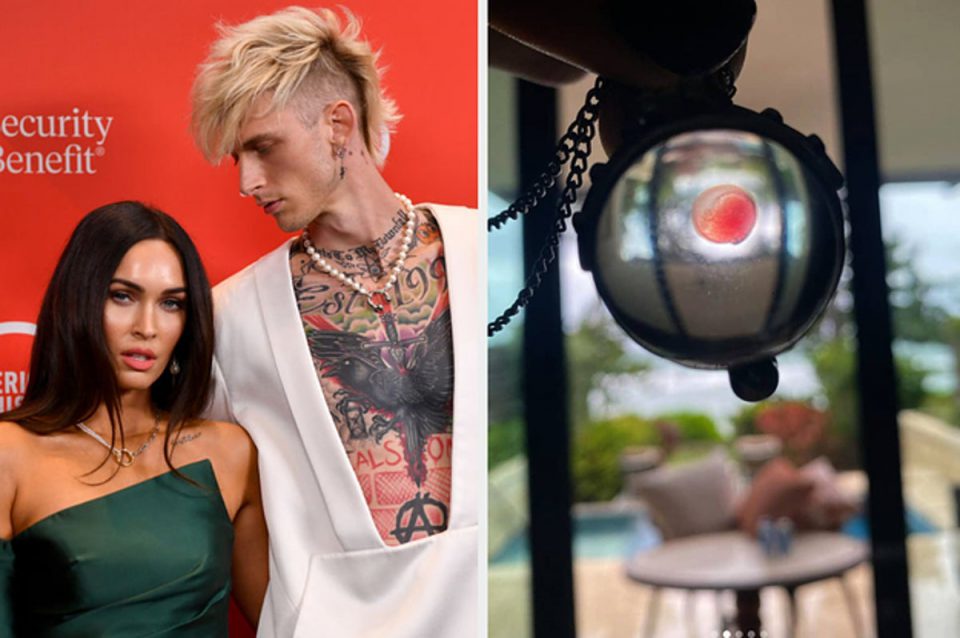 While romance comes in the form of grand gestures for many folks it seems like Machine Gun Kelley like to express his love with blood.

Taking to Instagram in light of Valentine’s Day, the singer, who is involved in a romantic relationship with Megan Fox, left fans with raised eyebrows as he shared a photo of what seems to be a small round vial of sorts with a drop of blood.

According to the caption, which read, “I wear your blood around my neck” it is his girlfriend’s blood who he seemingly calls “My Bloody Valentine”.

The move left mixed reactions among fans with some swooning over the gesture while others being uncomfortable by it.

Among the photos he also share adorable snaps of himself with the Transformers star.