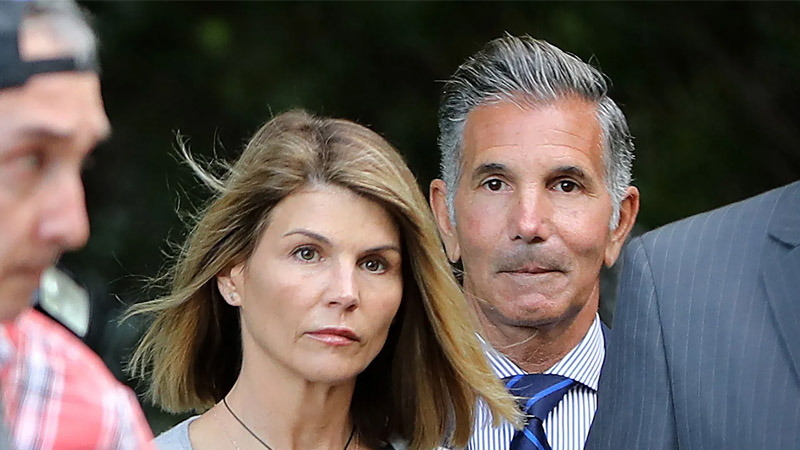 Lori Loughlin and husband Mossimo Giannulli are trying to find a way to move forward now that they’ve both completed their prison sentences after their roles in the college admissions scandal. The former Fuller House star has paid her $150,000 fine and finished up her community service work while the fashion designer paid his $250,000 fee, but he’s still in the process of completing his community service sentence. What should the couple do next? Instead of plotting their next work move, they are going on vacation — again.

The couple first went away for a long weekend in late April to a swanky resort in La Quinta, California, shortly after Giannulli was released from home confinement following his time in prison. Now they are headed out of the country, but they had to get permission before they could grab their passports and jet off to the sunny beaches of Mexico. The couple made separate requests to the court to “travel to San Jose Cabo, Mexico, to spend time with [their] family” from June 16-June 21, per NBC News. Because they have met the requirements of their prison release, United States District Judge Denise J. Casper approved their very posh vacation before their probation is even over — but social media has some thoughts.

“Tell me they were at least ordered to fly coach. Sit in the last row? Serve drinks on the plane? Wear a sign that says, “I’m a felon.”? something,” one user wrote on Twitter. Another account chimed in, “They don’t care about anyone but themselves.” There’s been the perception that Loughlin and Giannulli haven’t understood how their economic privilege has benefitted them in the college admissions case — from their light prison sentences to picking up right where they left off in their fancy lives before they were arrested.
Felicity Huffman, who was also implicated in the case, has largely avoided the same criticism. Her heartfelt apology early on in the court proceedings was roundly accepted by fans. She’s kept her name out of the headlines and was even cast in an ABC baseball comedy, proving that her actions somewhat changed the public perception of her involvement compared to Loughlin and Giannulli. It’s hard to say what will alter fans’ minds at this point, but the couple doesn’t seem to be aware that their tone-deaf decisions still show off their privilege.

Prince William and Catherine Set for Summer Us Visit