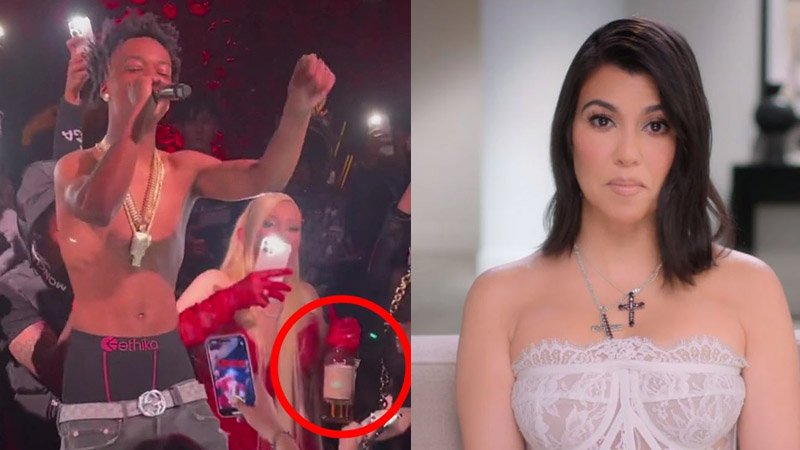 Travis Barker’s child explained why she chose to celebrate her special day more than a month early in a video that has since been removed.

Filming the selfie video from her bed, Alabama began: “I just wanted to come on here and say one thing. Yes, I had my birthday party early because my real birthday is December 24th, and no one’s available that day.

“Just because I was holding something in a video doesn’t mean I was drinking it.

“Just because LA music was playing doesn’t mean I think I’m from LA.

“That’s like me listening to country music and saying I’m a country girl like it just doesn’t work,” she continued.

“When something positive happens in my life I gain the most haters.

“This woman right here made this TikTok about me and that’s her opinion and she stated it,” she said as she shared a screenshot of the video.

“I just don’t understand, if you’re gonna talk bad about me, why follow me? Doesn’t that just make you one of the people that feed into it if you don’t like me?

“Like why follow me if you dislike me and make TikToks about me, in general, this goes out to everybody.

“Some of the biggest haters on my page follow me so I always follow back,” she added.

“I know what I am and who I am and I don’t need people to tell me. It’s sad, people really waste their time hating,” Alabama ended the video.

Despite the fact that Alabama removed the video, one fan took it and posted it on Reddit, where others instantly replied.

“Just because I was holding it doesn’t mean I was drinking it… come on now is,” one person mocked.

Another said: “Was that really the best excuse she could come up with lol. My mom would’ve been mad at me for just holding it.”

A third person claimed: “Hahah there’s a video where you can see her clearly turning around to drink so.”

And a fourth Reddit user added: “She’ll look back and cringe real hard in a few years…”

Someone else commented: “Spoken like a true teenager,” while another said: “I don’t want her to respond, I want her PARENTS to respond.”

Stimulus Check 2022: Which states are issuing tax refunds this month?

David Hyde Pierce Will Perform in a Psychological Thriller