Though the details are still shrouded in mystery but the show is surely going to be a delicious delight where Katy Brand will follow Shakira on her upcoming ‘Tour of Earthly Delights’ as she interacts with her fans and promotes her music.

Shakira‘s fifth concert tour will see her traverse European and North American continents, kicking off with a Montreal show on 15 September. After 21 stops in the U.S. and Canada, the tour will delight fans throughout Europe, before culminating in a spectacular London grand finale on 20 December.

The Colombian singer is clearly relaxed, refreshed and ready to take on audiences wherever she goes.”You’ll see a lot of the energy you saw during my Glastonbury Festival appearance, but there are also going to be other moments that I hope are artistically energetic. I want to feel things up close,” Shakira said of her upcoming tour.

‘Katy Brand Meets’ is all set to premiere on October 20, 2010 on Britain’s ITV2 and will also star tubby teen sensation, Sean Kingston and English Swedish pop punks, The Hoosiers. 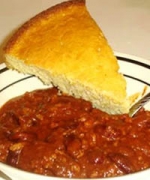