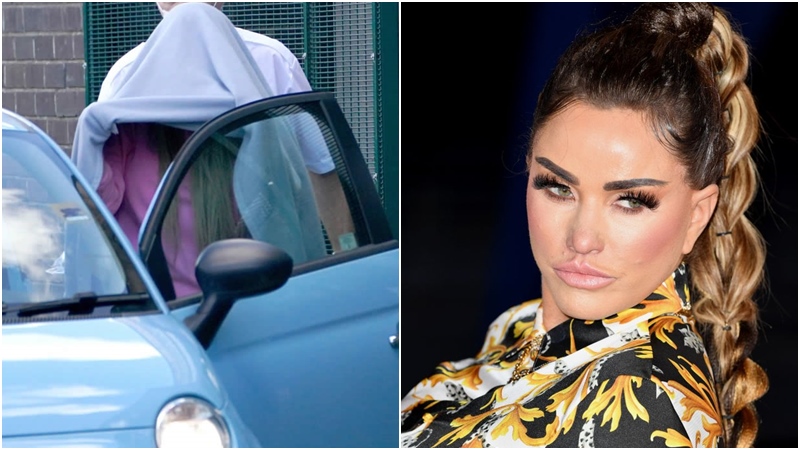 Katie Price was charged with driving while disqualified and driving in a public place without third-party insurance following her car accident on Tuesday (28.09.21).

After being charged with driving while disqualified and using a car in a public place without third-party insurance, the 43-year-old actor was remanded in custody and will appear at Crawley remand court on Wednesday (29.09.21).

Katie got in a car accident near her Sussex home, and her BMW rolled over.

A source explained to The Sun news at the time: “Katie rolled her car and was in a bad way when police arrived. She’s in hospital now and everyone is desperately worried about her and why she was driving.”

On Tuesday morning, police were called to the single-vehicle crash.

A Sussex Police spokeswoman stated: “Police responded to reports of a single-vehicle collision on the B2135 near Partridge Green around 6.20 am on Tuesday (September 28).

“A woman, 43, was arrested on suspicion of driving while above the legal limit for alcohol and drugs and has been taken to hospital to be checked over. The road was blocked temporarily while recovery of the vehicle was arranged.”

Paramedics also reported that they treated a woman at the scene.

A South East Ambulance Service spokesman said at the time: “I can confirm we were called at approximately 6.30 am to reports of an RTC on the B2135 at Partridge Green. One ambulance crew attended the scene and one person was assessed and treated before being taken to hospital.”

As per Femalefirst, Katie’s family is “concerned and worried about her deeply”.

On Katie’s Instagram account, a statement read: “This message has been written by Katie’s family. As a family, we have for some time been concerned about Kate’s wellbeing and overall mental health.

“Today our worst fears nearly came true. As a family, we have been and will continue to help Kate get the help she needs. We hope that she will realize that she cannot battle her issues alone.”