The ‘Fool’s Gold’ actress Kate Hudson is dating with

three men at a time, after leaving her husband, Black Crowes rocker Chris

Kate Hudson has a six-year-old son Ryder as well, but it seems that she is enjoying beingalone again and playing dating games with three men. The news of her ‘new

adventure’ is in the air these days. One of the three men includes the baseball star

Alex ‘A-Rod’ Rodriguez. She has been developing close relations with the

photographer and cameraman Darren Ankenman, and with an unnamed stockbroker

and Australian golfer Adam Scott too.

However, her ex-husband, Black Crowes rocker Chris Robinson, with whom

she has a son Ryder – is not happy with her activities. Chris is taking

behavior. Although there is not much he can do about it. According to him, no matter she is

romantically involved with them or not, but only this news is enough to make our son 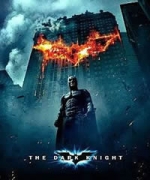