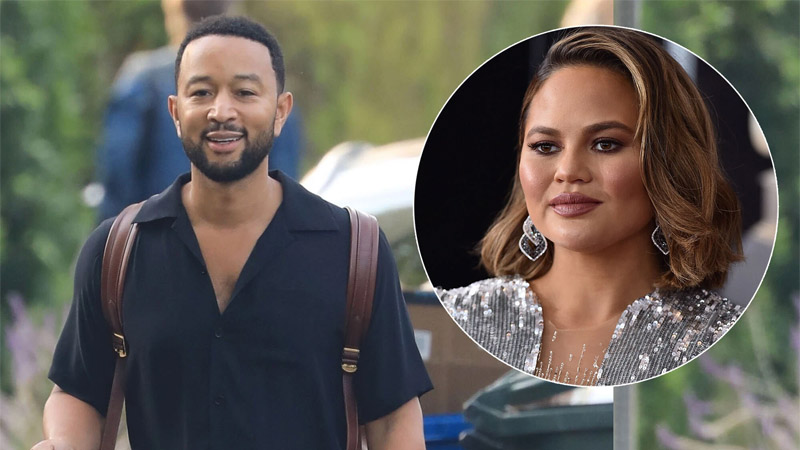 John Legend sent hearts to their wife Chrissy Teigen after she shared that she’s expecting a baby with the singer. See her first baby bump photo and message on her IVF treatment.

After his wife of eight years made her pregnancy publicly known, the Grammy winner expressed his love for his wife. On August 3, Chrissy, 36, posted a picture of her baby bump and a message about her IVF experience.

“The last few years have been a blur of emotions, to say the least, but joy has filled our home and hearts again,” she wrote to her 38 million followers. “1 billion shots later (in the leg lately, as u can see!) we have another on the way.”

By reposting her photo and adding five red love emojis to the text, John made it plain that he is keen to expand their family, which currently consists of son Miles, 4, and daughter Luna, 6. And it appears that their friends are also excited, as Lily James, Kyle Richards, Irina Shayk, Nick Jonas, and other famous people have sent them congratulations.

After losing her pregnancy in September 2020, Chrissy continued in her post by expressing her hesitation to disclose her pregnancy.

“Every appointment I’ve said to myself, ‘ok if it’s healthy today I’ll announce,'” she wrote on Aug. 3. “But then I breathe a sigh of relief to hear a heartbeat and decide I’m just too nervous still. I don’t think I’ll ever walk out of an appointment with more excitement than nerves but so far, everything is perfect and beautiful and I’m feeling hopeful and amazing.”

The couple lost their son Jack nearly two years ago, with her sharing at the time, “We are shocked and in the kind of deep pain you only hear about, the kind of pain we’ve never felt before.”

She decided she’d never be pregnant again two months after learning the heartbreaking news. Chrissy, however, revealed earlier this year that she had started the IVF process to try for another baby.