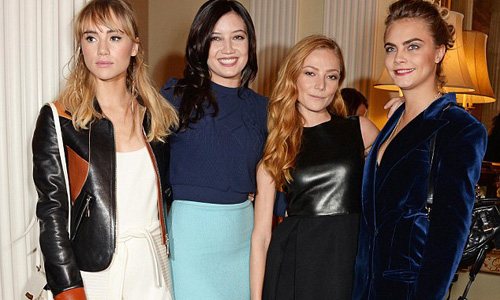 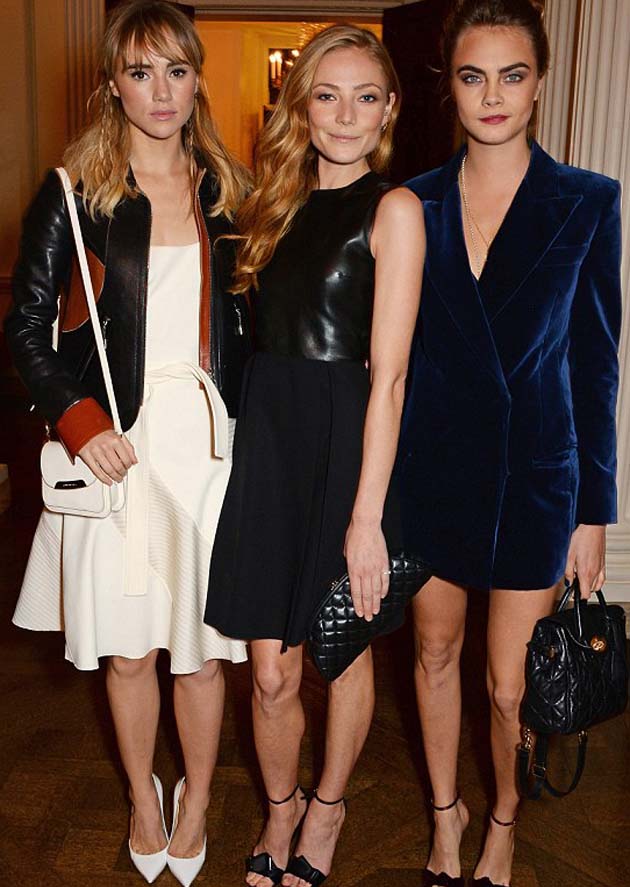 The 22-year-old blonde model left Bradley at home as she partied up a storm at three different bashes with an array of fashion friends including Cara Delevingne, Daisy Lowe and Clara Paget. 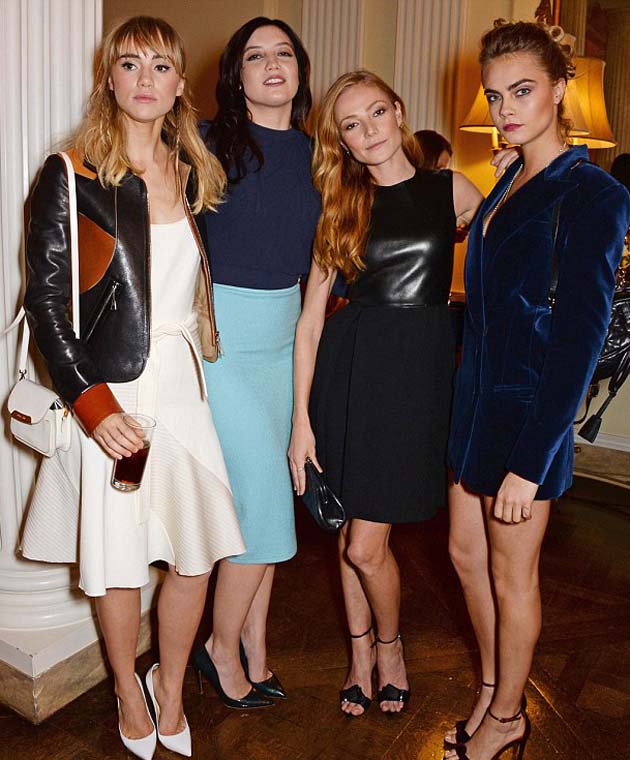 Suki looked stunning in a white flared dress, leather jacket, white bag and matching shoes along with a fabulous Monica Vinader Alma diamond ring, and Suki had her long hair pulled back into a casual half-up style. 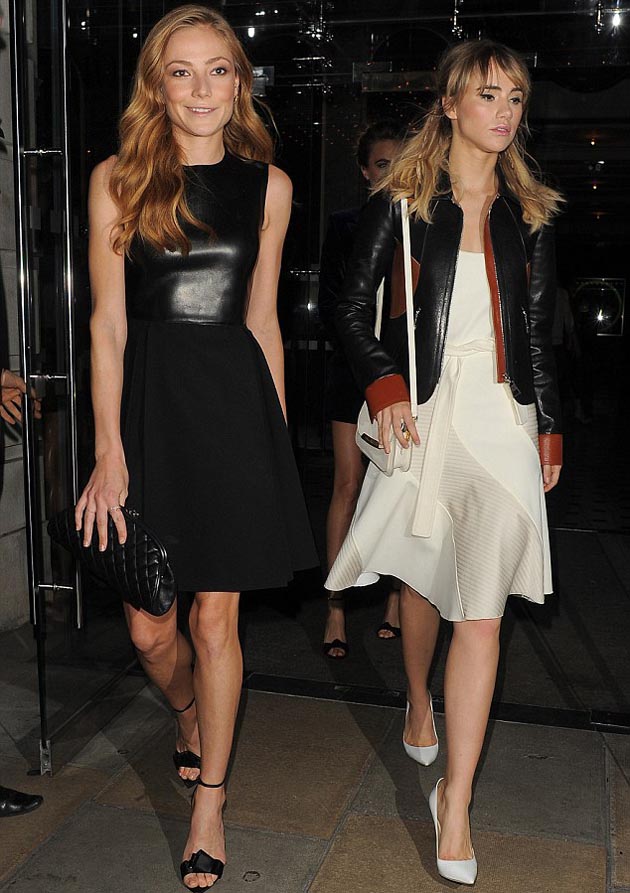 The party was hosted by US Ambassador to the UK Matthew Barzun and his wife Brooke and British Vogue editor-in-chief Alexandra Shulman. It took place on the closing night of London Fashion Week after a string of catwalk shows over the past five days. Meanwhile, they hadn’t been photographed together in weeks and Bradley Cooper was a notable absence at Suki’s big moment at the Burberry show on Monday afternoon. 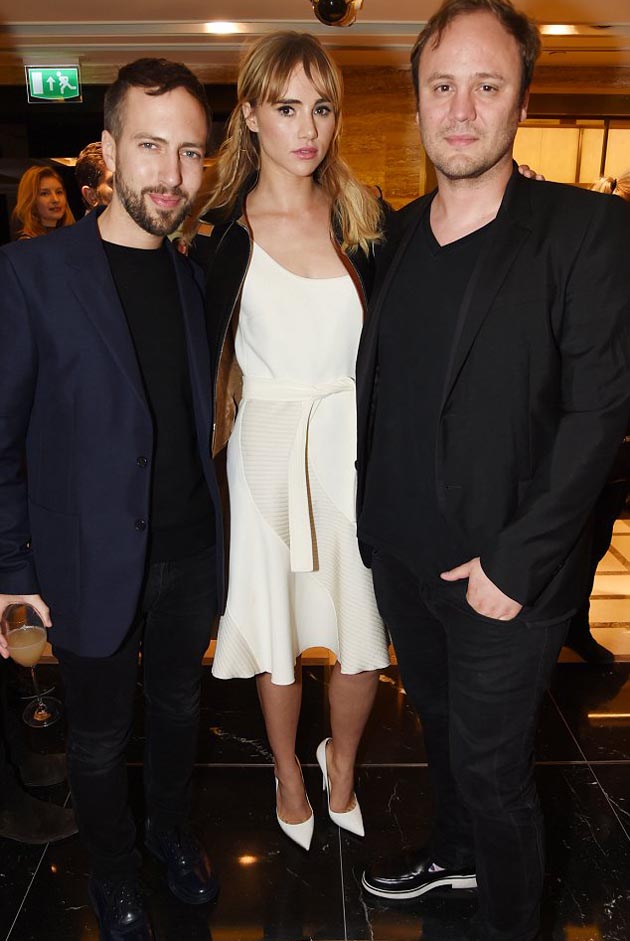 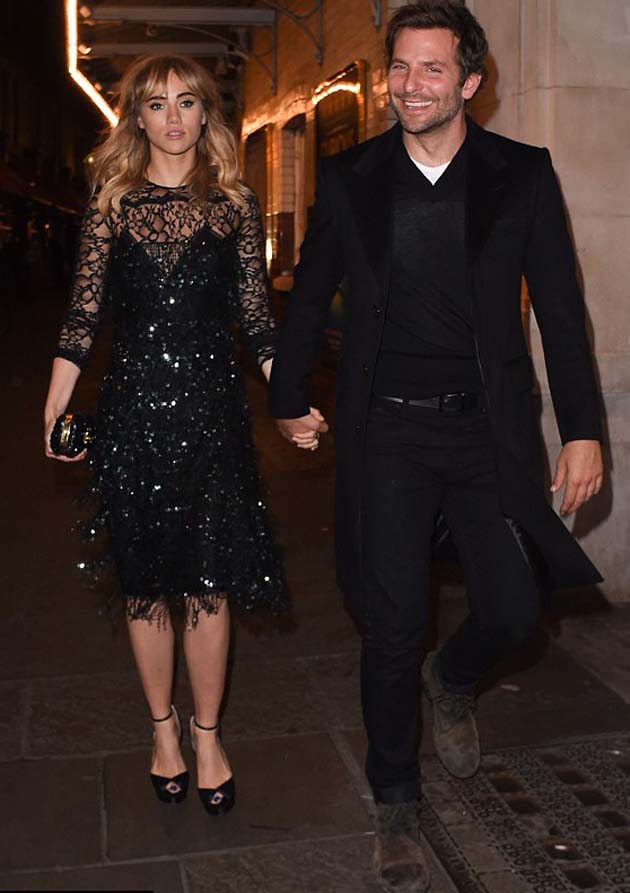 But the long-distance lovers were finally reunited late on Monday night as they met up at 10 Downing Street of all places. After attending the Tom Ford womenswear show with Vogue US Editor-In-Chief Anna Wintour, Bradley and the publishing giant headed to Whitehall to meet Suki, who was on the coveted guestlist of a fashion party at the Prime Minister’s residence. The group then headed to J Sheekey fish restaurant in Covent Garden for a late dinner with Sienna Miller, her fiancé Tom Sturridge and Vogue’s International Editor At Large Hamish Bowles.