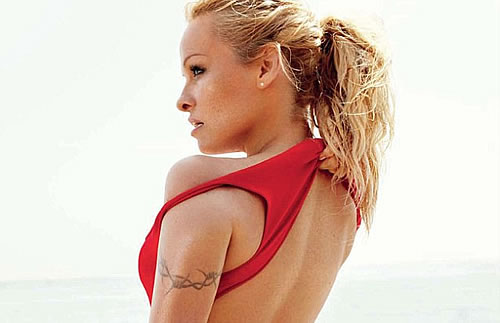 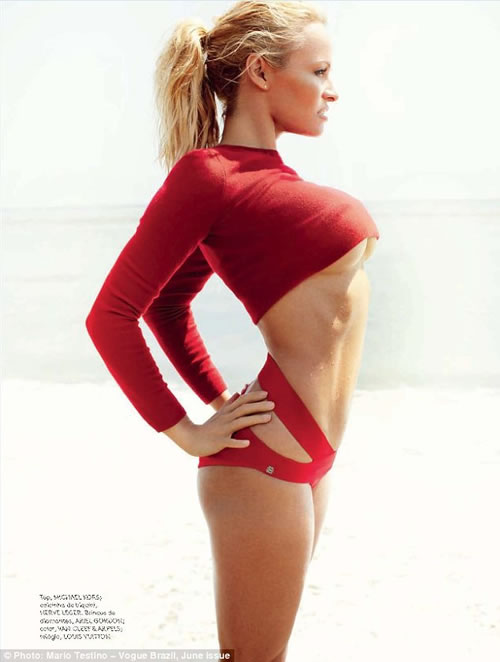 They are known for showing off their curvaceous bodies in skimpy swimwear, but Pamela Anderson proves she can give the Brazilians a run for their money in a new photo shoot. The 45-year-old actress models a range of revealing beachwear for Vogue Brazil’s June issue, in striking images shot by Mario Testino. Of course the renowned photographer captures her famous curves from a range of angles as she strikes a pose in tiny red, white and black outfits. 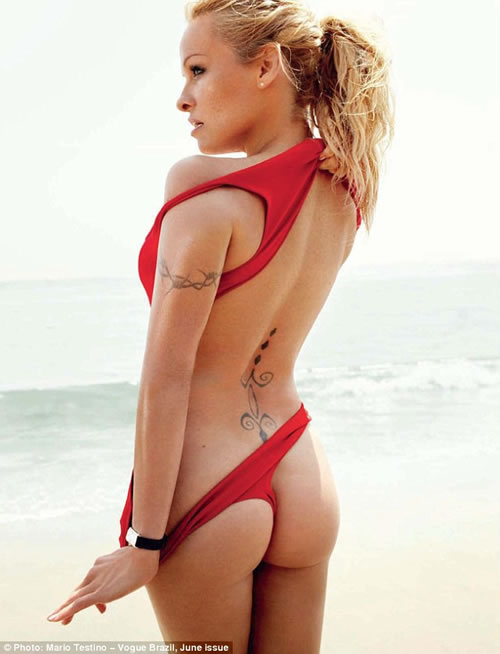 She displays ample ‘underboob’ in a slash neck long sleeve number. She flaunted her pert derriere in strappy scarlet briefs which dipped low in the front and high in the back to ensure her midriff looked especially flat. In one ocean side image, she suggestively pulls down her thong, emphasising her spinal tattoo as well as the barbed wire inking around her arm. The blonde adds to her sexy look by rocking wavy sun-dried locks in a ponytail and simple studs in her ears. 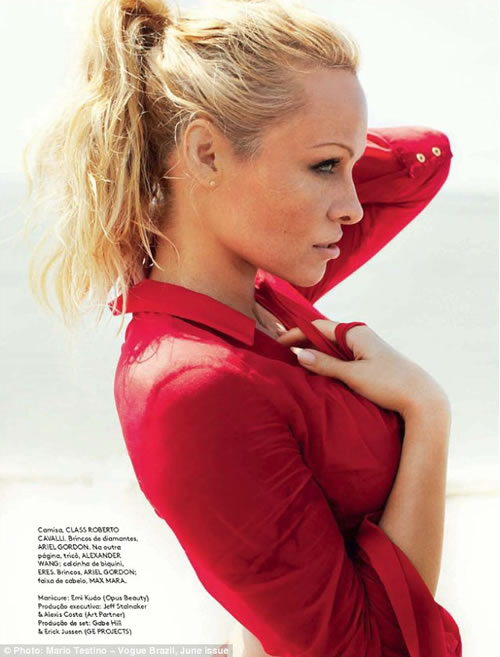 Her red clothing is a whole new twist on the look synonymous with her red Baywatch swimming costume. In one snap she covers up in a red collared shirt and despite lounging around on the golden sand in a white bathing suit for some of the photography session, the item wasn’t so demure once she got wet. After being drenched in water Pamela’s one-piece became see-through, leaving her breasts and belly button in full view. 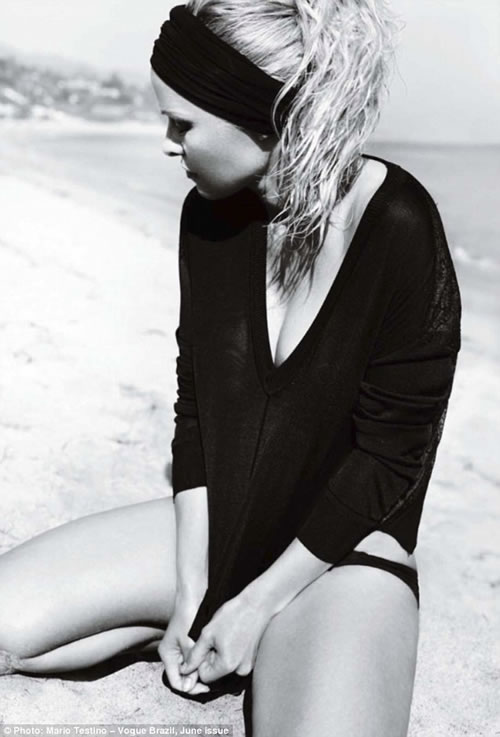 Pamela – who has sons Brandon and Dylan with ex-husband Tommy Lee – has appeared on more Playboy covers than anyone else over four decades between 1989 and 2011. So it’s no surprise she was eager to flaunt her assets in a black two-piece bikini set as she tipped her head back and pulled down her top in a black and white shot. Even in a slightly more demure image she tugs on her ebony sweater to unleash her cleavage.

Inspired by the human body, the magazine features Gisele Bündchen on its cover, the first since she gave birth to her second child, Vivian, in December last year. The entire issue, including the cover story with Gisele, was photographed by Testino. Pamela, Brazilian actors Débora Nascimento and José Loreto, international football player Alexandre Pato, and models Andrej Pejic, Casey Legler, Joan Smalls and Doutzen Kroes also feature in the photographic stories. – Dailymail

World’s Most Expensive Champagne worth $1.8 Million